NogginPro Inc. said it will unveil a new helmet liner design to reduce concussion risk at a press conference May 29, 2012, at the Hockey Hall of Fame in Toronto. Established in 2012, the noggin is designed to add protection against the incidence of head injuries when worn under a certified helmet.

Endorsed by former Captain of the Toronto Maple Leafs, Wendel Clark, and former Major League Baseball player Shawn Green, a new advancement in headwear protection, the noggin, is a fitted skull cap designed and tested to reduce the impact of blows to the head when worn under a certified helmet. The noggin is designed with strategically placed gel packs adhered to a stretchable, breathable fabric. With head injuries on the rise in hockey, football, baseball and other contact sports, the noggin proves to be the start of a new trend in safety.

The motivation for Armando Pagliari to create the noggin came from being a concerned parent, and was backed by having over 20 years of experience in sports therapy treating professional athletes in the National Hockey League, Canadian Football League and Major League Baseball. 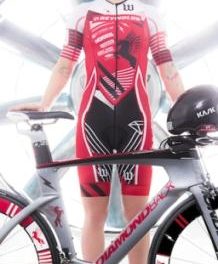