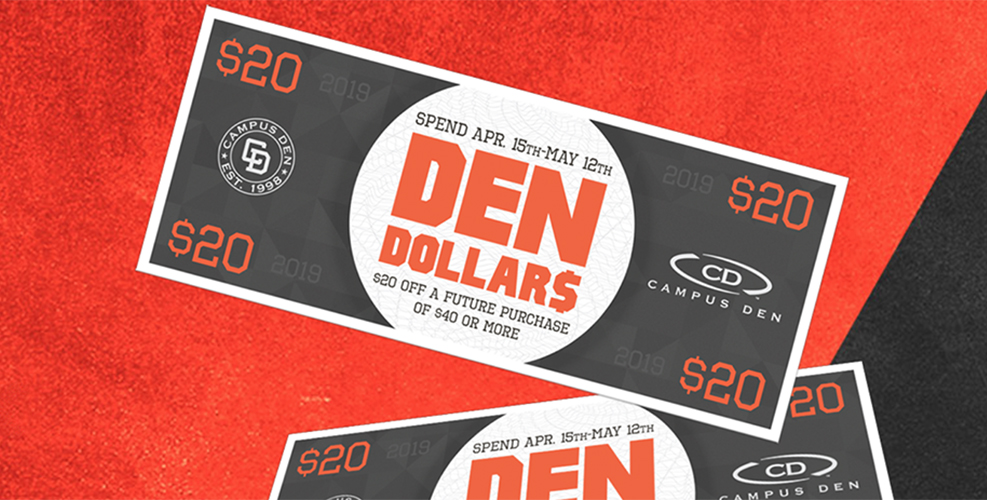 Campus Den, with 15 locations across Michigan, has filed for bankruptcy in U.S. Bankruptcy Court for the Eastern District of Michigan.

The move comes after Campus Den closed 11 stores over the last year.

According to an affidavit filed in bankruptcy court, John Dragomer, company president, said sales declined from $14.9 million in 2017 to $13.7 million in 2018. The reduction was blamed on a “national decline in retail sales at ‘brick & mortar’ locations.”

In January 2019, Campus Den began closing unprofitable locations but losses associated with operating up to 26 stores over the last year “left it with substantial liabilities that is unable to pay.”

Campus Den plans to file a plan of reorganization “promptly” and exit within 90 to 120 days. The filing said the company plans to generate net income in the filial year ended March 31 2020.

Dragomer told the Lansing State Journal there are no plans to close additional stores, The bankruptcy will enable Campus Den to “tighten up our core” and elevate customer service.

“What you should see is our management team going back through full retraining from top to bottom,” Dragomer said. “There’s a lot of talented people out there, so we’re really taking a look at the talent levels and will make sure customer services are at the highest levels.”

Campus Den claims to offer the biggest selection of university apparel for Michigan based schools.