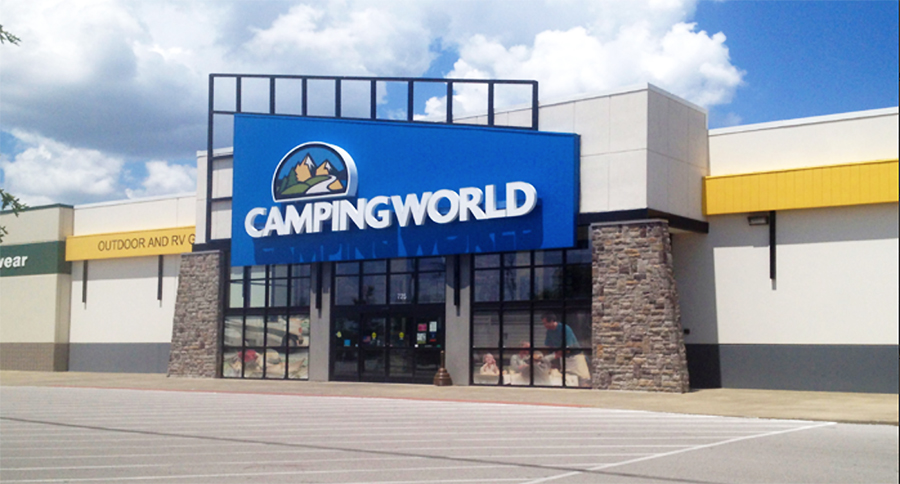 Camping World Holdings Inc. reported a fourth-quarter loss of $80.9 million, or 89 cents per share, on a revenue decline of 1.8 percent to $964.9 million. EPS missed Wall Street’s targets by 59 cents and revenue was shy $45.1 million.

The period also saw the Lincolnshire, IL-based company pay $35.7 million in impairment and restructuring costs related to its 2019 Strategic Shift designed to rightsize the company’s retail footprint and refocus its efforts on RV sales.

“We are very excited about the current direction of our business,” said Marcus Lemonis, chairman and CEO of Camping World Holdings. “Our 2019 results include the impact of our decision last September to strategically shift away from locations where we did not have the ability or where it was not feasible to sell and/or service RVs, and we took aggressive actions to consolidate our retail operations, reduce product inventory levels and reduce overhead. We are pleased that RV sales thus far in 2020 are encouraging, and when coupled with the expected benefits arising out of the 2019 strategic shift, we believe we are well-positioned to generate improved financial performance in 2020 and beyond.”

“In 2019, we made a strategic decision to refocus our business around our core RV competencies and consolidated our non-RV retail business through the closure of a number of stores and liquidation of select products and merchandise categories. In total, we expect the costs related to the 2019 Strategic Shift to be in the approximate range of $78 million to $88 million, including one-time employee termination benefits of $1 million to $1.5 million, lease termination costs of between $15.0 million and $20 million, incremental inventory reserve charges of $41.9 million, and other associated costs of between $20 million and $25 million.

“Through December 31, 2019, the company has incurred $4.3 million of such other associated costs primarily representing labor, lease, and other operating expenses incurred during the post-close wind-down period for the locations related to the 2019 Strategic Shift. The additional amount of $15.7 million to $20.7 million represents similar costs that may be incurred in the year ending December 31, 2020, for locations that continue in a wind-down period prior to lease termination. The company intends to negotiate terminations of these leases that were prudent and pursue sublease arrangements for the remaining leases.

“Lease costs may continue to be incurred after December 31, 2020, on these leases if the company is unable to terminate the leases under acceptable terms or offset the lease costs through sublease arrangements. The foregoing lease termination cost estimate represents the expected cash payments to terminate certain leases but does not include the gain or loss from derecognition of the related operating lease assets and liabilities, which is dependent on the particular leases that will be terminated. In 2019, we recorded restructuring costs of $47.2 million related to the 2019 Strategic Shift.