CamelBak’s gross margins plunged to 43.8 percent in 2013 from 54.2 percent in 2012 as the continued drawdown of U.S. military forces abroad caused sales of its gloves, hydration packs and accessories to the Army to decline sharply.

CamelBak derived 44 percent of its sales revenue from hydration packs, 42 percent from bottles and 3 percent from gloves in 2013, compared to 50, 34 and 6 percent in 2012. The company said its gloves sales have declined in lock step with overseas troop deployment.

The balance of sales were earned from selling accessories that help enhance the performance of military products by adding resistance to chemical and biological agents or allowing connection to standard issue gas masks. For example, the HydroLink allows war fighters to replace their bite valve with a connector, allowing them to hydrate while wearing their gas mask. Accessories accounted for approximately 11 percent, 10 percent and 11 percent of CamelBak’s gross sales for the twelve months ended December 31, 2013, 2012 and 2011, respectively.

CamelBak's fourth quarter performance was adversely affected by the fulfillment of a contract with the U.S. Marine Corps that was completed in the first quarter of 2013 as well as reduced demand from the U.S. Military resulting from the continued drawdown of combat troops, Compass said in its annual financial statement.

Like Fox Factory, a Compass Diversified company that went public in 2013, Camelbak grew out of California’s mountain biking industry. Though best known for its water bottles and hydration packs for the recreation markets, CamelBak does substantial business selling gloves, hydration packs and other gear to U.S. Special Forces.  It is among several outdoor gear manufacturers that have benefited from the Pentagon’s Rapid Fielding Initiative, which allows decision makers closer to the front lines to select and purchase what gear their unit needs without having to go through the DOD’s cumbersome bidding processes.

Over the last decade many war fighters, or their families, have opted to purchase  supplemental gear from outdoor vendors like CamelBak, Granite Gear and Oakley to lighten their load or otherwise enhance their performance. Management estimates CamelBak has in excess of 85% market share in post-issue military hydration packs. It is also one of only a few brands sold to U.S. Military personnel that is allowed to prominently display the brand name on the outside of the product. The packs include features such as easy armor integration and extreme durability appropriate for use in the harshest conditions.
CamelBak ended the year with approximately 252 employees. 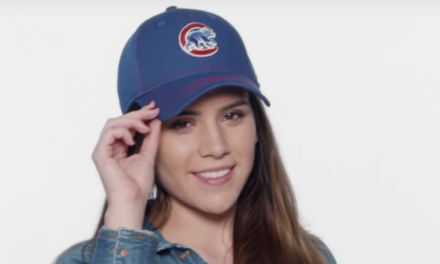