Callaway Posts Profit in Ball Operation in Q1; Top-Flite in the Black Already…

Callaway Golf Company saw shares decline 6.7% to close at $18.01 on Friday on a mix of both good news and bad. But the key issue was the companys shortfall on the earnings per share line — even after stripping away the Top-Flite impact — as ELY missed Street earnings expectations by six cents. Callaway reported net income of $44 million, or 64 cents per share, for the first quarter when excluding the Top-Flite business and integration costs associated with integration.

The company reported a couple of key milestones, including the first reported profit in its own Callaway brand Golf Ball business that nearly doubled sales in the quarter. But declines in its higher margin Irons and Putters categories cut margins in the quarter and impacted the bottom line to the negative.

Analysts, on average, were expecting ELY to report EPS of 70 cents per share on revenue of $328.9 million for the stand-alone Callaway and Odyssey brand businesses. A full chart of the companys comparative results, with and without the Top-Flite business, is below.

Callaway said it sees signs that the golf market is starting to recover along with the balance of the economy as golf retail starts to improve and golf rounds played increased for the fifth consecutive week. Company chairman and CEO Ron Drapeau characterized the market as “the strongest early season golf retail environment we have seen in years.”

The surprising numbers in the Golf Ball business was attributed to “positive feedback” on the HX4 ball that has “lifted sales” of the broader Callaway ball offering along with “improved products and packaging”. The ball has reportedly already captured a 2.4% share in the ball market. The Callaway brand ball business posted $1.0 million in operating profit for the quarter versus a loss of $5 million in the year-ago period.

The other good news here was that the Top-Flite business was profitable in the quarter, as ELY moved to cut expenses through management reductions and a new contract with Nike to manufacture their range balls adds new revenues to the top line.

Top-Flite sales increased 11% in Q1 versus the year-ago quarter, with Golf Balls representing about two-thirds of the total.

U.S Sales increased nearly 16% for the non-Top-Flite business and International inched up 1.3% for the quarter.

Europe sales, in total, increased 34% for the quarter to $67 million. The Callaway business increased 14% to $57 million in the first quarter. Canada sales increased 63% to $20 million, with Top-Flite contributing all of the $8.0 million increase. Japan sales declined 4.0% in the quarter to $32 million and saw little benefit to the Top-Flite deal. Top-Flite sales in Japan in Q1 were less than $50,000. The Rest of Asia saw sales decline 10% to $16 million, with no Top-Flite sales reported.

Reported net income and earnings per share were affected by $3.2 million, or five cents a share from charges associated with the integration of the Top-Flite operations. Excluding these charges, the company's pro forma net income was $43.8 million, an increase of 3% compared to the first quarter in 2003
In a conference call with analysts, Drapeau tempered the positive Q1 indicators with caution that second quarter would be key to whether the company can build on its strong sales increases in both the Callaway brand and Top-Flite golf balls.

“We will need to see what happens in the second quarter before we can know that this will be a trend for the entire year,” Drapeau said.

The company reiterated its full year earnings guidance in the range of 82 cents to 97 cents per diluted share on sales in the $1.03 billion neighborhood. Excluding integrations expenses, ELY sees EPS in the $1.15 to $1.30 range.

Ross Dress For Less To Open In Winston-Salem, NC 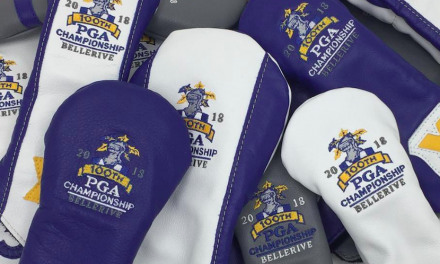