“I am really proud to be associated with Callaway Golf,” said Pressel, 17, who had a number of Callaway clubs in her bag prior to turning professional and signing with IMG on November 17. “I truly believe Callaway Golf is the best golf equipment company to help me become a better golfer and reach my goal of becoming No. 1 in the world. To be on the same team with Annika Sorenstam, the best player in the world, is a great thrill, and I know she would never settle for anything that wasn't the best. Callaway is synonymous with breakthrough technology in golf clubs and golf balls, and they have the best reputation for service on the tours. I look forward to a great partnership for a long time.”

During her final year as an amateur, Pressel excelled in competition against the LPGA Tour pros. She came within a miracle shot of winning the U.S. Women's Open at Cherry Hills Country Club in June, eventually tying for second place after Birdie Kim holed a nearly impossible bunker shot at the 72nd hole. She made the cut in all seven of her LPGA Tour appearances, with two top-five finishes, none lower than 25th, including a 19th place finish at the Kraft Nabisco Championship, also an LPGA Tour major. Had she been a professional, she would have earned more than $400,000 and placed 32nd on the LPGA money list.

As the No. 1 ranked woman amateur in 2005, Pressel put the finishing touches on an amateur career record that ranks among the best in recent history. At age 9 she broke 80, at age 11 she broke 70. A year later in 2001 she stunned the golf world when she became, at 12, the youngest player ever to qualify for the U.S. Women's Open. Last year, she completed the American Junior Golf Association (AJGA) Slam by winning the McDonald's Betsy Rawls Girls Championship, the Rolex Girls Championship, the Thunderbird International Junior, the Polo Golf Junior Classic and the Rolex Tournament of Champions. With 11 AJGA titles since 2004, Pressel tied for sixth with fellow teenage professional Paula Creamer, 19, on the AJGA career victory list.

Last summer she won the U.S. Amateur and also led the U.S. team to victory in the junior Solheim Cup, a team she had also made in 2002. She played on the winning Canon Cup in 2004 and has been named a Rolex Junior All-American five times, including first team selections in 2003, 2004 and 2005. Her amateur career officially ended last month when she won her third straight Florida State High School 1A title. Pressel's latest big step forward came with her successful performance at LPGA Qualifying School in Daytona Beach. She easily obtained playing privileges for the 2006 season by tying for sixth in the grueling five-round Q School finals, shooting 66-75-75-71-70 — 357 for a 3-under-par total.

“We are thrilled to have Morgan join the Callaway Golf family,” said George Fellows, President and CEO of Callaway Golf. “Not only is she a tremendous golfer with impeccable credentials and a great amateur record, she has a youthful exuberance and style that will resonate with the many women who play Callaway Golf products and the many others who aspire to do so. As a Company, we have always been in the forefront of partnering with women professionals and in promoting golf for all women. We are fortunate to have a long-term relationship with the greatest woman player in history, Annika Sorenstam, and we believe Morgan is precisely the type of young player to be a part of our great tradition. She is a very special young woman.”

A resident of Boca Raton, Florida, Pressel is an honors student at St. Andrews School and will graduate on May 20th next year, three days before her 18th birthday. 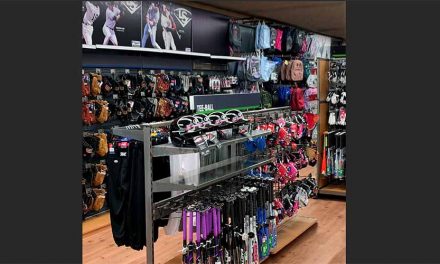