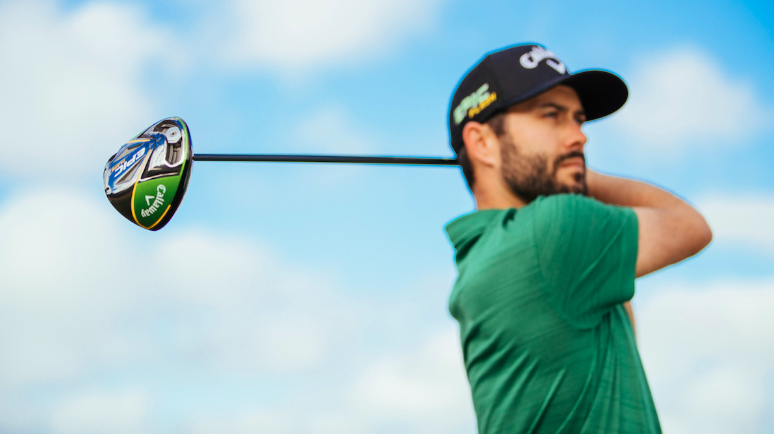 Shares of Callaway Golf rose $2.29, or 14.4 percent, Thursday to $18.19 after activist investor Jana Partners revealed it had acquired a 9.5 percent stake in the company and planned to hold discussions with the company to explore a possible sale. Some analysts believe the action might lead to the divestiture of Jack Wolfskin.

Shares are “undervalued and represent an attractive investment opportunity,” Jana, founded by Barry Rosenstein, said in a filing with the Securities and Exchange Commission.

Jana “intends to have discussions with the [Callaway’s] board of directors and management regarding the Issuer’s portfolio composition; strategic alternatives including exploring a sale of the Issuer or asset divestitures; capital allocation and acquisition strategy; operating performance and cost management; and governance,” the fund added.

The activist’s position would make it the company’s second-largest shareholder behind BlackRock, based on the most recent government filings.

Callaway said in a statement released to the media, “It is not our practice to discuss individual shareholders. It is, however, the Board and Management’s practice to meet with shareholders to discuss the company’s strategy in accordance with SEC regulations.”

The move comes as Callaway’s stock has underperformed the stock market recent months, with much of the decline following its acquisition of outdoor apparel brand Jack Wolfskin.

Jana has partnered with several consumer industry executives in the investment, including former Jarden Corp. CEO James Lillie, former Nike Inc. executive Cynthia Davis, and Roger Farah, former vice chairman at Ralph Lauren Corp., according to the filing. Jana has taken stakes in Tiffany., Whole Foods and others in the consumer space in the past.

In a note, Dave King, an analyst at Roth Capital Partners, said he believes Jana is more likely to pursue divestitures as opposed to an outright sale, as Callaway appears undervalued based on a sum-of-the-parts.

King estimated the value of Callaway’s 14 percent equity interest in Topgolf International Inc. at more than $2.90 per share based on a December 2017 private placement led by Fidelity. King wrote that the valuation of its stake in Topgolf could be “materially higher” based on Topgolf’s fast-growing footprint, already at 63 stores; estimated revenue per location likely exceeding $12 million and potentially higher than $20 million; its high-margin game and food & drinks business; and a comparables analysis including peers like Dave & Busters.

Roth believes the recently-acquired Jack Wolfskin business could be worth $4.00 per share even if sold at a 20 percent discount to what Callaway paid when it was acquired in January. King added, “We believe investors would view such a sale positively.”

Finally, Roth estimates the value of Callaway’s core golf business at $18.00 a share based on the forward PE multiple accorded competitor Acushnet. Included in the estimated value of Callaway’s core golf business are its fast-growing TravisMathew and Ogio businesses for which it paid $1.30 a share and 80 cents a share in August and January 2017, respectively.

Wrote King, “We maintain our Neutral for now, but are raising our price target to $19 to reflect the increased potential for asset divestitures given this new activist stake.”

Steven Zaccone, at JPMorgan Chase & Co., wrote in a note that divesting Jack Wolfskin would make sense because it is the “primary factor” weighing on the company’s valuation.

Zaccone also felt Jana could encourage Callaway Golf to monetize its stake in Topgolf, though he believes that to be less likely. He estimates the stake to be worth about $420 million.

Board changes are a “high probability outcome,” Zaccone added. He noted Cynthia Davis’ past experience as president of Nike Golf. He doesn’t see pressure to oust Callaway’s CEO Chip Brewer, who has orchestrated the company’s turnaround over the last few years.

NRF: Extending Trade War Past 2020 Elections Would Be ‘Bad Deal’