“We are very pleased to post another solid quarter,” said Tommy Millner, Cabelas Chief Executive Officer. “Our 6.1% increase in comparable store sales, driven by strength in hunting equipment, represents our third consecutive quarter of positive gains. We continue to gain momentum in the hunting equipment category, as we take market share from our competitors and leverage our multi-channel model to provide our customers with a great value proposition.”

Merchandise gross margin improved 62 basis points in the quarter. These improvements were realized across virtually all of the companys product categories as a result of lower promotional costs, reduced transportation costs and reduced discounts and markdowns, all of which more than offset the mix shift to lower margin hard goods.

“Our efforts to improve merchandise margins and operating efficiencies led to higher operating margin in both our direct and retail segments,” Millner said. “Improved inventory levels led to reduced costs and fewer discounts and markdowns which helped increase merchandise margins, while our employees hard work and extra efforts in controlling costs and improving operating efficiencies in all areas of our business helped improve operating margins.”

“As I shared with you last quarter, part of our strategy is to control costs, generate cash and improve return on invested capital,” Millner said. “As a part of this strategy we performed a thorough review of all the land we own for future store locations to determine the future potential of these sites. We have completed this review and have made the decision not to build a store in Greenwood, Indiana. As a result of this decision, we recorded a pre-tax non-cash impairment charge of $11.7 million related to the write-down of excess land. This charge reduced earnings by $0.11 per diluted share in the quarter. “

Additionally, the companys wholly-owned subsidiary, Worlds Foremost Bank, recently completed a competitive pricing analysis of its credit card portfolio and has made the decision to re-price the portfolio based on this analysis and changing market conditions. These pricing changes are expected to take effect in the third quarter. As a result, the valuation of the companys interest-only strip associated with its securitized credit card receivables increased by $8.5 million in the quarter, which increased earnings by $0.08 per diluted share in the quarter.

Due to ongoing efforts to control costs and tightly manage the balance sheet, cash flow used in operations improved significantly for the year to date period. For the six months ending June 27, 2009, cash flows used in operations were $47 million as compared to $143 million in the same period a year ago. Capital expenditures during the quarter were $10.0 million. The company continues to expect capital expenditures for the year to be $40-50 million.

“As we look ahead into the third quarter, we are even more encouraged by the favorable trends in our retail and direct segments and our ability to tightly manage costs,” Millner said. “For the full year, we now expect total revenue growth and comparable store sales to increase at a low single digit percentage rate as compared to our previous forecast for total revenue growth and comparable store sales to be approximately flat. We continue to expect direct revenue to decline at a low to mid-single digit rate and net charge-offs at Worlds Foremost Bank to be between 5.1% and 5.5% for the full year. While we continue to expect full year earnings per diluted share to be roughly equal with 2008, should the momentum we realized in the first half of the year continue into the second half, earnings per diluted share could exceed 2008 levels.” 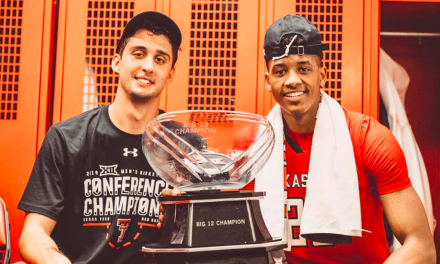