In years past, cutting prices was one of the only tools that Madison, WI-based Rutabaga Paddlesports had when promoting kayak sales during its annual Canoecopia Expo. But this year, owner Darren Bush tried another tactic. He offered to give customers up to a year to pay for certain boats, interest-free. By the time the event was over, GE Money had approved tens of thousands of dollars in lines of credit for the purchase of kayaks, canoes and gear.

Rutabaga repeated the promotion at its Mothers Day sale in May. Its also come in handy when trying to sell hard-to-move boats.

“I use that to clean up a real mess,” says Bush. “Its a good way to move product other than discounting, which diminishes the value of the product. You could have a discontinued kayak and, instead of taking it in the shorts and knocking off $100, you say, One year, no interest. The perceived value of that is much higher than $100 off.”

Bush is among the specialty retailers signing up with GE Money, which began pushing its private-label credit card program in the sporting goods specialty channel 18 months ago. Such programs allow single-store operators to offer the same 12-month-same-as-cash promotions that have been a staple in the furniture and electronics industry for years. Rutabaga, Golfsmith, Hobie Cat dealers, Modells Sporting Goods and members of Nations Best Sports are among the businesses now using GE Moneys program. American General, Citi Commerce, HSBC and Wells Fargo also offer such programs.

While private-label credit card programs come in several flavors, the GE Money program offers a dedicated line of credit that can only be used with a single retailer. Retailers can use it to offer the same 25-day interest-free terms as a standard credit card for half the merchant fees, or pay higher fees and offer interest-free credit for up to a year. While it does not offer the customer reward programs available through a co-branded Visa or MasterCard, it does provide valuable tools small retailers can use to improve their cash flow, merchandising and direct marketing.

“I usually tell people, Dont think of it as a credit card program. Think of it as a merchandising program,” explains Murphy. “Now they can offer low monthly payments on a kayak or a bicycle and bundle a total solution for that customer. They can get them equipped with everything they need right then and there, and make sure they dont just walk out with a kayak, but the right paddles, PFD, Thule or Yakima rack, and finance the whole thing.”

Retailers are coming back to such programs to counter the impact of rising gas and food prices on consumer spending habits.

“I think the time is right for this,” says Lillie Gilbert of Wild River Outfitters in Virginia Beach, VA, who signed up with GE Money two years ago. “I think people are feeling the money crunch and are trying to use their resources as intelligently as they can. They can put their money in the bank, get a little interest on it and use GE money and pay it off in six months. It only helps me, and people are really starting to catch on that its not a gimmick.”

Gilbert and Bush both say their staffs have resisted the concept due to concerns that it encourages customers to take on debt. However, the program resonates instantly with most consumers.

Most dedicated lines of credit allow retailers to offer four options: 25-day, 90-day, six-month and one-year programs. Beyond that, its important to do some comparison shopping on fees and terms. At GE Money, the 25-day program offers essentially the same terms as a standard credit card, but charges a merchant fee of less than 1 percent, or about half of the 1.5 to 2 percent fee charged by Visa or MasterCard. Merchant fees rise with the duration of the grace period. Bush, for instance, says he pays about 6.5 percent for GE Moneys one-year program. GE Money also requires a minimum purchase of $199 to consider an application.

GE Money does not charge to install its VeriFone terminal, which can use an existing fax or voice line. Training to use the VeriFone terminal is minimal. If the retailer sends at least three applications a month, GE Money will waive maintenance fees.

To apply, customers must provide two forms of ID, social security number, and fill out a small paper form. It takes 20 to 40 seconds to input the data, and GE Money usually turns around an application in five to 10 seconds, earning praise for rapid turnaround and high rates of approval.

WHO NEEDS ANOTHER CREDIT CARD?

“You can do a transaction on the spot, but later they get a Rutabaga-specific card in the mail,” explains Bush. “Its not a credit card. Its a GE finance card for use at Rutabaga. I can do a mailing to anyone who uses it, and [also hold] a customer appreciation day.”

According to consultants, the programs yield the best results when they are offered to every customer, are introduced early in the selling process, and are advertised via a stores website, advertising, voice mail and in-store.

Bush notes that the 90-day program has come in handy in the financially conservative Midwest, where many people dont carry credit cards. 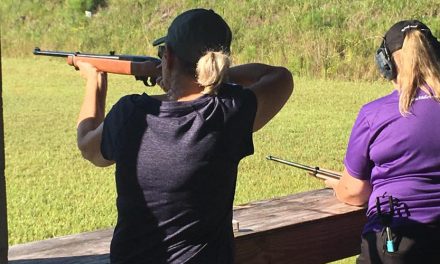