Original Buff, the manufacturer of headwear, said it will be part of the team creating the Eddie Bauer/Whittaker Mountaineering First Ascent apparel and gear line launching this spring 2009.

“We are excited to be part of the First Ascent launch and what Eddie Bauer considers to be essential apparel and gear. Most guides and sherpas who have used a Buff on past expeditions find that its the perfect base layer to have and wear on the expedition where every piece of gear counts,” says Shirley Choi Brunetti, U.S. general manager.

A statement noted that in April 2009, Eddie Bauer officially returned to its mountaineering roots with the launch of First Ascent, a line of top-notch, expedition-grade, performance outerwear and apparel. The First Ascent Original Buff can be worn over 12 different ways to accommodate different temperatures and offer a custom fit. It is made from microfiber fabric to provide superior moisture wicking and dry comfort properties, as well as helping to reduce skin temperature and maintain hydration. Also, all Buff models incorporate Polygiene technology for active odor and sweat control by releasing non-toxic silver ions to break down odor-causing bacteria.

First Ascent climber and expedition guide, Seth Waterfall, claims that Buff is “The one piece of gear that I never climb without. Use it as a hat, a neck gaiter, a balaclava, a sunshade, even an eye mask when sleeping. You have to have one and if you dont have one, you need to get one. Its one piece of gear that does a million things.”

The First Ascent Original Buff is currently available for purchase online at the Eddie Bauer First Ascent website and will be shipping to five select Eddie Bauer stores in Denver, Chicago, Whistler, B.C., Jackson Hole and Bellevue, Washington on May 15, 2009.

The First Ascent Original Buff is offered in the following prints at $20 retail: Multi, Palm and Steel.

Additionally, Eddie Bauer has assembled a line-up of renowned alpinists to form the First Ascent Expedition team dedicated to developing the line, living in the gear and testing it in the harshest environments known to man. The First Ascent team is comprised of Eddie Viesturs, the first American to climb all of the worlds 8,000-meter peaks, and Dave Hahn, who has made it to the summit of Mount Everest ten times, as well as Peter Whittaker, Melissa Arnot, Chad Peele and Seth Waterfall. 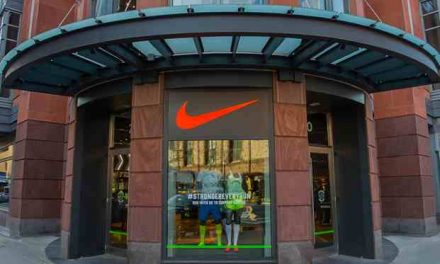 Some Quiksilver Shareholders Get Restless