Buckle Continues Comps Hot Streak, But PacSun and Zumiez Down

Pacific Sunwear of California Inc. reported that sales of $91.2 million for fiscal September decreased 4% from sales of $95.1 million in the year-ago period. Comps for the same period decreased 5%. The numbers include only results from the companys PacSun concept.


Management said apparel comps, which accounted for 83% of total comp sales, were down high-singles for the month though juniors apparel comps were up high-teens. Accessory comps, which accounted for 12% of comp-store sales, were down 31%, and footwear comps dropped 55% due to the planned exit of sneakers and fashion footwear that began in April.
During September, California, Florida and the Desert Southwest regions, which comprise approximately 24% of the company’s total store base, were all difficult. Collectively, same-store sales in these regions were down 21% for the month. In addition, the company experienced a same-store sales decline of 18% in both the Pacific Northwest and Rocky Mountain/Great Plains regions.
Year-to-date, PacSun sales totaled $833.9 million, a decrease of 1% from $845 million last year. PacSun same- store sales decreased 2% during the same period.
PacSun also clarified its earnings guidance, now expecting Q3 earnings to be at the low end of its previously announced range of break-even to 5 cents per share.
Zumiez Inc. comps dropped 9.0% for the fiscal month after increasing 13.0% last year. Net sales increased 4.8% to $33.6 million, compared to $32.1 million for the year-ago period. Negative comps in mens and juniors apparel, accessories, hard goods and boys apparel offset positive comps for footwear. Year-to-date comps for Zumiez are down 2.1%.
The Buckle Inc. continued to show significant growth, albeit at a slower pace. The Buckle reported sales increased 26.2% for the month to $72.8 million versus $57.7 million in the year-ago period. Comps for the retailer increased 19.7%.
West Marine Inc. reported net sales for the third quarter ended Sept. 27, 2008 of $180.2 million, a decrease of 4.4%, or $8.2 million, from the year-ago period. Comps for the retailer declined 4.7% for the quarter. Net sales attributable to the retail segment for the third quarter were $159.8 million, 4.5%, or $7.5 million decrease from the year-ago period. 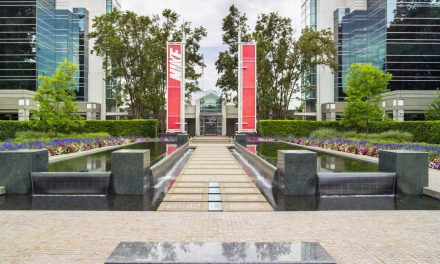