The restructuring and other impairment charges in the first quarter of 2008 include severance and plant closure costs, asset write-downs and impairment charges associated with a number of actions undertaken to shrink the company's manufacturing footprint, exit certain market segments and reduce expenses. During the quarter, the company completed the closure of its , , boat plant and closed its bowling pin manufacturing facility in Antigo, In addition, the company announced that it will cease boat manufacturing at its facility in , , mothball its , , boat plant and close its boat plant in , in conjunction with the proposed sale of its Baja boat business.


Brunswick Chairman and Chief Executive Officer Dustan E. McCoy commented, “Sales for the quarter reflected lower demand for marine products, particularly in the where industry retail sales were down about 17% in units in the first quarter. This weakness was partially offset by sales growth from our bowling and fitness operations, as well as strong sales outside the in all business segments. While benefiting from favorable currency exchange rates, our success in regions outside of the is also the result of our strategic focus on better serving the unique needs of our customers in these markets. Operationally, we continue to introduce innovative new products and implement initiatives to improve quality and productivity, as well as manage pipeline inventories and reduce expenses in response to current weak market conditions for our marine products. Financially, our balance sheet remains strong with $267 million of cash and debt-to-total capital at 27.6% at the end of the quarter. Though difficult times and more hard work are ahead, we are pleased with our progress to date.”

The Boat segment consists of the Brunswick Boat Group, which produces and distributes fiberglass and aluminum boats and marine parts and accessories, and offers dealer management systems. The Boat segment reported sales for the first quarter of 2008 of $637.8 million, down 9% compared with $699.0 million in the first quarter of 2007. Sales in the were down double digits reflecting the continued weak retail markets. The drop in domestic sales was partially offset by growth in sales outside of the , primarily driven by higher sales in . For the first quarter of 2008, the Boat segment had an operating loss of $14.7 million, down from operating earnings of $19.5 million in the year-ago quarter. The reduction in operating earnings was primarily due to lower fixed-cost absorption on lower sales, as well as $13.8 million of restructuring and impairment charges related to actions described above. The year-ago first quarter includes $4.8 million of comparable charges.

“In response to market conditions, we continued to lower production rates to reduce pipeline inventories held by our dealers,” McCoy said. “At the end of the quarter, there were approximately 2,800 fewer boats in our dealers' inventories than at the same time last year. Nevertheless, we had 35 weeks of supply on hand at quarter end, up from 34 weeks of supply a year ago, and we will be making further production cuts in the months ahead. Consumers remain cautious in the face of an uncertain economy, a poor housing market and rising food and energy prices that erode their spending power for discretionary purchases such as boats.”

“Against this backdrop, we continued to make progress towards transforming our global manufacturing profile to achieve a smaller, more flexible manufacturing footprint as well as rationalizing our brand portfolio,” McCoy added. “We announced that we will cease making boats at several manufacturing facilities, and we will transfer that production to other plants that will make multiple models and brands to lower our overall cost position and improve capacity utilization. We will also continue to strategically refine our product portfolio, focusing on those brands and product segments where we see the greatest opportunity for profitable growth.”

“Sales from areas outside the were up double digits, which helped to mitigate the sales decline. The U.S. sales shortfall was driven by lower engine sales to boat builders, as well as lower parts and accessories sales, which are tied to boat usage and engine sales,” McCoy explained. “The decline in operating earnings was primarily due to lower sales of high-margin sterndrive engines as well as reduced fixed-cost absorption on lower sales.”

“Sales growth was driven by a significant increase in commercial equipment sales, which were up nearly double digits,” McCoy said. “This was offset by a steep decline in the consumer segment, as individuals continue to defer purchasing discretionary items. Operating earnings and margins were affected by a shift in commercial product mix as the growth in strength equipment sales, which carry lower margins relative to cardiovascular equipment, was disproportionately higher than the growth in cardio sales.”

“Sales were up in both our bowling products and retail segments, offsetting lower billiards sales,” McCoy said. “Operating earnings for the segment during the quarter were affected by a $5.6 million charge for costs associated with the closing of the Antigo, , bowling pin plant, as well as other restructuring and impairment costs.”

“The retail segment, in particular, continues to benefit as we build additional Brunswick Zone XL bowling centers, with the most recent opening in the Chicagoland area in the first quarter,” McCoy said. “Billiards sales, however, continued to face pressure due to the slowdown in the housing market and the overall weak economy.” 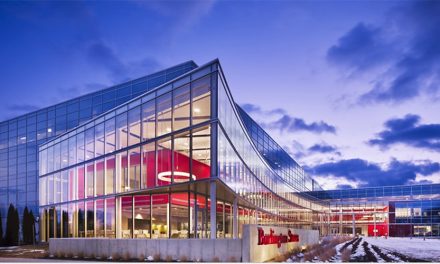