Brunswick Corp.'s sales grew 7.5 percent to $867.7 million. Earnings came in at $4.7 million, or 5 cents a share, rebounding from a loss of $7.2 million, or 8 cents a year ago. Excluding restructuring charges, loss on early extinguishment of debt and special tax items in 2011 and 2010, net earnings were 33 cents per share against a loss of 7 cents per share a year ago.

Cash and marketable securities of $546.7 million; debt reduced by $84 million during the third quarter of 2011.

“Our third quarter results reflected higher shipments of engines and boats that were supported by solid retail growth experienced at our dealers,” said Brunswick Chairman and Chief Executive Officer Dustan E. McCoy. “Our Life Fitness segment continued its outstanding performance during 2011 by generating significant growth in the quarter.  On a consolidated basis, our year-to-date operating leverage continues to be strong and at targeted levels. Finally, our third quarter and nine-month operating earnings achieved their highest levels since 2006.”

“The factors that positively affected our revenues and earnings in the third quarter of 2011, compared to the previous year, included higher sales levels reflecting market share gains in our continuing marine businesses, as well as in our Fitness and Bowling & Billiards segments, combined with companywide fixed-cost reductions.  Partially offsetting these factors were higher variable compensation expense and losses on early extinguishment of debt,” McCoy said.

Review of Cash Flow and Balance Sheet
Cash and marketable securities totaled $546.7 million at the end of the third quarter, down $110.4 million from year-end 2010 levels.  This decrease primarily reflects the impact of $145.0 million of cash used towards the Company's previously stated objective of reducing debt.  Partially offsetting this use of cash was net cash provided by operating activities of $81.2 million.  Net cash provided by operating activities was unfavorably affected by changes in non-cash working capital during the first nine months of 2011.

Boat segment production and wholesale unit shipments increased during the quarter, compared with the third quarter of 2010, in response to solid retail demand for Brunswick's boat brands.  Revenue growth from the increase in wholesale unit shipments was partially offset by the timing of the sale of its Sealine brand on Aug. 31, 2011, which resulted in only a partial recognition of third quarter 2011 sales for Sealine, versus a full quarter of sales included in 2010.  A greater sales mix of smaller boats and lower sales to non-U.S. markets also had a negative effect on sales during the quarter.  Increased fixed-cost absorption and cost reductions had a positive effect on the segment's improved quarterly results.

U.S. commercial sales increased during the quarter, compared with the third quarter of 2010, reflecting sales growth in all of the segment's major distribution channels. Improved operating earnings in the third quarter of 2011 resulted from higher sales and a more favorable product mix, partially offset by higher freight costs.

Bowling & Billiards Segment
The Bowling & Billiards segment is comprised of Brunswick retail bowling centers; bowling equipment and products; and billiards tables and accessories.  Segment sales in the third quarter of 2011 totaled $79.5 million, up 7 percent from $74.6 million in the year-ago quarter.  International sales, which represented 25 percent of total segment sales in the quarter, increased by one percent.  For the quarter, the segment reported operating earnings of $1.8 million.  This compares with break-even operating results in 2010.

For the quarter, bowling products experienced a strong increase in sales, while equivalent-center sales for retail bowling were flat.  The improvement in operating earnings in the third quarter of 2011, when compared with 2010, reflects the increase in sales and improved operating efficiencies.

Outlook
“For the first nine months of 2011, we have successfully executed our core strategy of generating free cash flow, performing better than the market and demonstrating outstanding operating leverage,” McCoy said.

“The marine retail market for 2011 is unfolding generally as we expected, with the aluminum and fiberglass outboard boat markets experiencing solid growth and the fiberglass sterndrive boat markets continuing to decline, albeit at a more moderate pace.

“As we enter the final quarter of 2011, we will continue to focus on this core strategy as well as pursue various operational and financial strategic initiatives that should enable us to continue to deliver future revenue and earnings growth.  We will continue to position our marine products to give our dealers and distributors an opportunity to gain market share.

“In addition, we believe our Fitness and Bowling & Billiards businesses can continue to benefit from their market-leading positions and overall operating strengths to deliver strong earnings and cash flow.

“For the year, net income will benefit from our previously announced marine plant consolidations and asset sales, lower restructuring costs, reductions in interest, depreciation and pension expenses, as well as from lower tax expense.  After taking all these factors into consideration, we currently expect our 2011 earnings per share to be in the range of $0.65 per share to $0.75 per share.

“As we look forward to 2012, we continue to believe that the global economic and marine market outlook will remain challenging.  As a result, our entire organization is focused on maintaining its favorable cost position and generating continued revenue and earnings growth through a focus on organic growth initiatives. We further believe that our 2012 net income will benefit from our announced marine cost reduction activities, lower restructuring costs and a reduction in interest expense,” McCoy concluded. 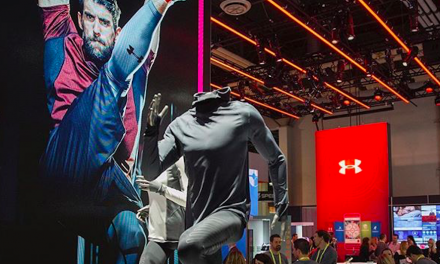