The company continues to estimate Fiscal 2003 diluted earnings per share (GAAP) at $2.50 including special charges of $0.14 to close its last Canadian footwear factory and $0.11 related to Redfield class action litigation, or $2.75 prior to special charges.

BWS estimates diluted earnings per share for Fiscal 2004 of $3.15, and first quarter 2004 to be in the range of $0.30 to $0.35, which includes significant transition costs associated with the acquisition of the Bass footwear license.

The company is guiding Fiscal 2005 diluted earnings per share in the range of $3.65 to $3.85, representing growth of 19% at the mid-point of the range, as compared to Fiscal 2004 earnings guidance.

As part of Brown Shoe's ongoing strategy to improve the profitability of its Naturalizer Canadian operations and provide higher-fashion, foreign-sourced footwear to the Canadian market, the Company announced on December 8,
2003 that it would incur a charge in the fourth quarter of Fiscal 2003 to close its last Canadian footwear factory. The factory produced Naturalizer footwear for the Canadian market. The Company currently expects that the costs
to close the factory will result in an after-tax charge of $0.14 per share. This amount is lower than its previous estimate of $0.20-$0.22 per share, primarily as a result of lower-than-originally-anticipated severance and benefit costs.

In addition, the Company also currently anticipates that the provision related to its Redfield class action litigation will result in an after-tax charge of $0.11 per share. Previously, the Company had reported a provision
for the jury's verdict of $0.03, which continues to be consistent with the $1.0 million verdict awarded to the plaintiffs. The increase reflects anticipated pretrial interest on the verdict and sanction costs. While several
of these matters are still pending, and the ultimate outcome may vary, the Company will continue to aggressively defend itself against all matters
related to the Redfield site. In addition, the Company will continue to pursue recoveries from its insurance providers and other entities.

For Fiscal 2004, the Company currently expects sales to grow about 10% to approximately $2 billion, including $60 to $70 million in sales from the new Bass license for wholesale footwear (effective February 2, 2004). Same-store sales are expected to rise by 1% to 2% at the Company's Famous Footwear chain. Diluted earnings per share for Fiscal 2004 are currently estimated at $3.15, and reflect additional marketing expenditures at Famous
Footwear, incremental costs associated with streamlining Brown Shoe's supply chain management processes, and sizeable costs to assimilate the Bass footwear division. The Bass business is planned to be neutral to Fiscal 2004 earnings.

For the first quarter of 2004, Brown Shoe estimates diluted earnings per share in the range of $0.30 to $0.35 versus $0.49 for the year-ago period. The expected decrease compared to 2003 is due to Bass transition costs and consulting costs associated with the Company's new supply chain initiatives.

“We are pleased to deliver on our earnings guidance in 2003 despite the difficult retail environment,” said Ron Fromm, Chairman and Chief Executive Officer. “As we look ahead, we remain confident about our prospects for 2004
and beyond. Our brands are performing well at retail, with several of our styles among the top selling patterns in department stores. Also, Famous Footwear continues to make progress. While we work to reverse same-store sale
declines, we are encouraged that our latest generation of stores and compelling brand offering will lead to improved performance. In addition, we are delighted by the opportunity Bass footwear affords us, especially in men's
and the casual/outdoor categories. We believe our ongoing ability to balance growth with investment in our operating platform will improve our market share, lead to added growth opportunities, and result in enhanced shareholder
value.” 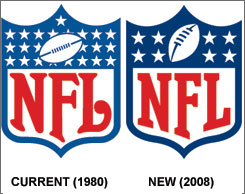