Brown Shoe Company, as a result of a clarification issued by the SEC on February 7, 2005 affecting many retail companies, will adjust its method of accounting for leases. Based on its preliminary assessment, the Company anticipates this adjustment, which is non-cash in nature, will decrease diluted earnings per share by $0.05 in fiscal 2004. It also will result in a restatement of prior year financial statements, which will decrease reported diluted earnings per share by approximately $0.04 to $0.07 in each of the four prior fiscal years. Audited financial results for these periods are expected to be released to the public before the market opens on March 9, 2005.

Brown Shoe also updated its guidance for fiscal 2004. For fiscal 2004 (ended January 29, 2005), the Company now expects to report diluted earnings per share in the range of $2.28 to $2.30, compared with $2.48 per share on a restated basis for fiscal 2003 (ended January 31, 2004). Net earnings are estimated to be between $42.9 and $43.3 million, compared with approximately $46.2 million on a restated basis for fiscal 2003. Earnings for 2004 will include the following charges and recoveries: (i) an estimated $1.0 million after-tax, or $0.05 per share, of non-cash expenses related to lease accounting issues; (ii) a cash charge of $2.2 million after-tax, or $0.12 per diluted share, to satisfy the Company’s guarantee of bond financing for a business it divested in 1985 that has filed for bankruptcy and is unable to meet its obligations; and (iii) non-cash recoveries of $1.0 million, or $0.05 per diluted share, of income tax reserves as a result of the American Jobs Creation Act of 2004.

Consistent with many other retailers, Brown Shoe historically has accounted for construction allowances received from landlords on its balance sheets as a reduction of fixed assets, and amortized the allowances over the lives of the assets to which they were assigned.

After consultation with its independent auditors and its Audit Committee, the Company has determined that this method of accounting is not consistent with the views expressed in a letter dated February 7, 2005 from the Chief Accountant of the SEC to the American Institute of Certified Public Accountants. As a result, Brown Shoe will reclassify construction allowances from fixed assets to deferred rent liabilities on its Balance Sheets for all periods presented. This will have the effect of increasing capital expenditures, with an offsetting increase in depreciation and amortization on its Statement of Cash Flows for all periods presented. Accordingly, there is no effect on cash.

The Company has determined that, in some cases, the lives assigned to amortize certain construction allowances were shorter than the lease term. In addition, the Company has determined that its calculation of straight line rents should be modified. The Company had recognized straight line expense for leases beginning on the commencement date of the lease, which had the effect of excluding the store build-out periods from the calculation of the period over which it expensed rent. The Company will restate its results to reflect straight line expense over the lease term including any rent-free build-out periods. 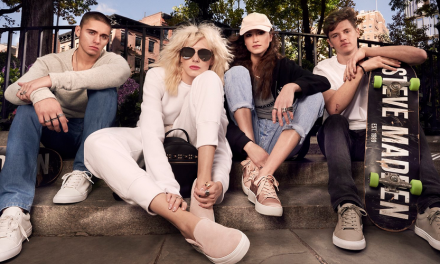