In addition, the Company announced its intention to implement a strategic plan that is expected to increase earnings through cost reductions and efficiency initiatives while reallocating resources and investment to build its brands. The Company also announced plans to exit the Bass business.

“We are pleased to report a second quarter marked with continued progress toward achieving our key strategic goals,” stated Brown Shoe Chairman and CEO Ron Fromm. “Consolidated Naturalizer business performed well, led by Naturalizer wholesale and better results in our stores. Naturalizer wholesale achieved solid growth, as consumers favored our stylish assortments, and our sell-in model enhanced the performance of the brand. Brown Shoe continues to benefit from prior initiatives, which contributed to strong margin performance and an improved balance sheet at quarter end. In addition, we began a company-wide initiative aimed at creating a more productive Brown Shoe, as we take steps to increase efficiencies through platform realignment and cost reductions, while reinvesting a portion of these savings into building our brands. While this is expected to result in increased costs to implement, these steps are aimed at attaining higher rates of both sales and profitability.

“We were disappointed by a challenging sandal season for Franco Sarto and Via Spiga and below plan performance for Bass. Because Bass no longer aligns with Brown Shoe’s strategic direction, we have decided to not renew this license when it expires at fiscal year end,” Fromm continued. “At Famous Footwear, while sales fell short of our expectations, gross margin remained strong, which enabled the chain to post a double digit increase in earnings. Accordingly, we achieved second quarter adjusted earnings at the higher end of our guidance range.”

“Importantly, we begin the second half of the year with healthy inventory levels and plans in place to elevate the performance of our wholesale brands,” Fromm pointed out. “At Famous Footwear, while still early, back-to-school has begun positively and we believe that the chain is poised to gain market share during the fall season.”

The Company has begun to review and implement strategic initiatives, with the goal to increase earnings and reallocate resources and investment to drive consumer preference. Key elements of the plan include: i) restructuring administrative and support areas; ii) redesigning logistics and distribution platforms; iii) reorganizing to eliminate operational redundancies; iv) realigning strategic priorities; and v) refining the supply chain process and enhancing inventory utilization. The Company noted that it is in the early stages of developing these earnings improvement initiatives. As a result, the Company has provided preliminary estimated ranges for expected costs and benefits and expects to refine this information in the upcoming quarters, providing updated guidance as appropriate.

These strategic initiatives are currently expected to yield the following: 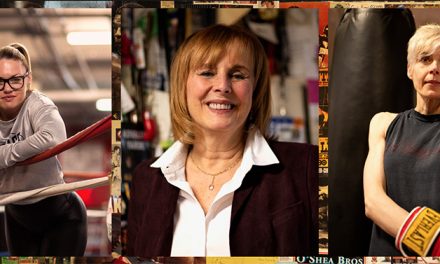