Brown Shoe Company, Inc., moving to further strengthen its product design, brand building and service to department store customers, has consolidated its wholesale operations into one division: Brown Shoe Wholesale. The Company also announced the creation of a new division, Specialty Retail, to manage its 365 Naturalizer stores and 16 FX LaSalle stores in the U.S. and Canada.

Gary Rich, President of Brown Shoe Wholesale, will manage the expanded division that now includes the Company's flagship Naturalizer brand. John Mazurk has been promoted to Senior Vice President, Specialty Retail, and will manage the new division of mall- and outlet-based concept stores. As a result of the reorganization, Byron Norfleet, who headed the former Naturalizer division, has decided to leave Brown Shoe effective December 1.

“First, let us say that we respect Byron's decision, and are grateful for his many contributions to the company,” said Brown Shoe President Diane Sullivan.

“As one Wholesale division, Brown Shoe Wholesale becomes a more powerful partner for our retail customers. Under unified management we can bring them more than a strong portfolio of well-known footwear brands.”

Over the last four years as separate divisions, she noted, Brown Shoe has built its Naturalizer brand from the No. 6 brand to No. 2* in department stores, while simultaneously making great progress in building share for its LifeStride, Dr. Scholl's and Carlos brands.

“Now, having achieved these market share gains, it's time for us to coordinate efforts for our wholesale customers and give them the benefit of dealing with one partner to build assortments in ways that have greater appeal to more consumers, thereby maximizing sell-through rates on the shoe floor,” she said.

“The Specialty Retail division will be devoted to higher-end concept stores based in malls and outlet centers,” she added. “It will give us the ability to focus management expertise on profitably running stores that are vehicles for both brand-building and product testing.”

The changes do not affect Famous Footwear, the Company's largest division, with 914 stores selling brand-name footwear for the family.

Previously, Mazurk was Senior Vice President, Retail Sales for Brown Shoe's Famous Footwear division, where he was responsible for the daily operation and direction of Famous Footwear's more than 900 stores and a member of the chain's executive committee.

Gary Rich has been president of Brown Shoe Wholesale division since 2000. As such he oversees the Company's branded, licensed and private label businesses that provide footwear for women, men and children. He began his career at Pagoda Trading Company in 1975, and joined Brown Shoe as an Executive Vice President when it acquired Pagoda in 1987.

Reebok’s Fireman and Gov. Schwarzenegger Team Up for Fitness

Etnies Donates 2,000 Pairs of Shoes to the Homeless 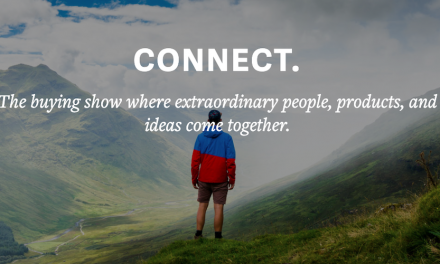