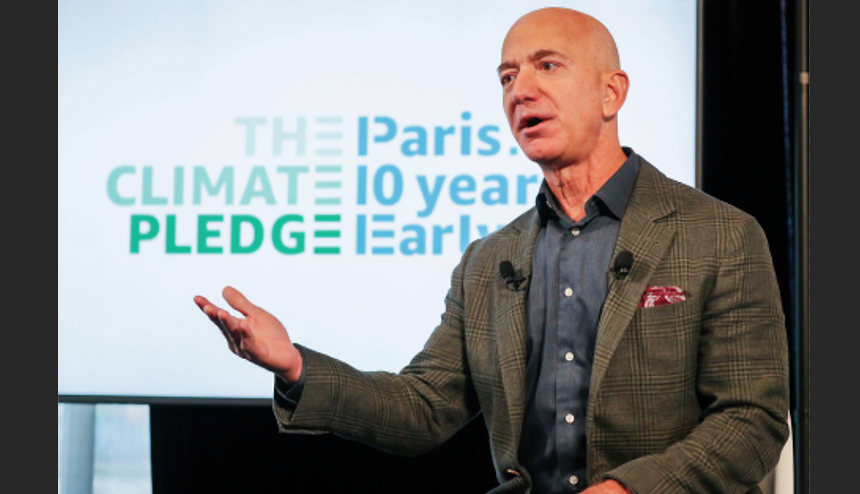 Brooks Running and Vaude have each signed The Climate Pledge, a commitment to be net-zero carbon by 2040, a decade ahead of the Paris Agreement’s goal of 2050.

Brooks and Vaude joined 11 other new signatories including Atos, Canary Wharf Group, Coca-Cola European Partners, ERM, Groupe SEB France, Harbour Air, ITV, Microsoft, Neste, Rubicon, and Unilever. The Climate Pledge was co-founded by Amazon and Global Optimism in September 2019, and a total of 40 companies have not signed the pledge.

In a statement from The Climate Pledge, Brooks’ commitment to sustainability spans a decade, and the running brand recently adopted a roadmap to reduce scope 1, 2, and 3 carbon emissions in line with climate science, and achieve net-zero carbon emissions by 2040.

Brooks becomes the first athletic brand to commit to the pledge.

“We live, work and run as part of a global community. The planet is our home. And because more than 150 million people worldwide run outside, it’s critical we take care of it,” said Jim Weber, Brooks CEO. “As we create new gear and run our global business, we seek to minimize our environmental impact, create positive social change, and be transparent about areas where we can do better. We are very proud to be the first athletic brand to join The Climate Pledge. These partnerships will be critical to achieving our ambitious goals.”

Vaude said in the release it is committed to reducing its carbon emissions in line with the goals of the Paris Climate Agreement. Since 2012, the company’s headquarters has been certified as climate neutral. It has now set itself with an ambitious, science-based goal to produce all of its products worldwide with climate-neutral manufacturing.

“In order to effectively tackle climate change, we must succeed in limiting global warming to well below 2 degrees in accordance with the Paris Agreement,” said Antje von Dewitz, Vaude CEO. “At Vaude, we want to make our contribution and have set ourselves the goal of manufacturing all products with climate-neutral production. We are proud to join The Climate Pledge so that we can accelerate our trajectory towards achieving net-zero carbon by 2040.”

“The Paris Agreement set out a unifying roadmap for all countries and all people to address the climate crisis by taking action,” said Christiana Figueres, the UN’s former climate change chief and Global Optimism founding partner. “By joining The Climate Pledge, signatories are not just making a statement of commitment to the future, they are setting a pathway to significant actions and investments that will create jobs, spur innovation, regenerate the natural environment, and help consumers to buy more sustainable products starting now.”

Signatories to The Climate Pledge agree to: Measure and report greenhouse gas emissions on a regular basis; Implement decarbonization strategies in line with the Paris Agreement through real business changes and innovations, including efficiency improvements, renewable energy, materials reductions, and other carbon emission elimination strategies; and Neutralize any remaining emissions with additional, quantifiable, real, permanent, and socially-beneficial offsets to achieve net-zero annual carbon emissions by 2040.

“Last year, Amazon and Global Optimism co-founded The Climate Pledge to encourage companies to reach the goals of the Paris Agreement ten years early. Today, we have exciting news: 13 more companies, including Unilever and Microsoft, are joining this commitment to confront climate change together and save the planet for future generations,” said Jeff Bezos, Amazon founder and CEO. “There are now 31 companies from around the world that have signed The Climate Pledge, and collectively we are sending an important signal to the market that there is significant and rapidly growing demand for technologies that can help us build a zero-carbon economy.”