BOSS: What are the major milestones in your career?
CS: I started in the industry as a journalist with SKI magazine and Ski Business for several years and then moved up to be editor and publisher of Powder magazine. In the early 1990s I moved over to become the marketing manager of Nike ACG, and we launched the Air Mada, which was really one of the first outdoor cross trainers, and it completely took the industry by storm.

BOSS: That was really the hey day for Nike ACG wasnt it?
CS: Yes, it definitely was an exciting time. I think that in a little over a year and an half we grew the ACG business from $60 million to over $220 million. That was also the first time I worked with Chris Van Dyke, who is heading up the effort at NAU today. (See BOSS_0612 for more details on NAU)

After Nike ACG, in 1994 I moved over to Merrell and was part of the team that really packaged up Merrell and sold it to Wolverine World Wide. That was a fun three to three and a half years. Then Jacques LaVertue took over with Wolverine and the brand totally took off. They have done an amazing job over there.

After that I went over to Kelty and was President for seven years. That was also a fun job. We expanded the brand from a backpacking company into day packs and family camping. We also added the kid carrier business which has really become a mainstay for Kelty today.

In January of 2005 I joined Patagonia as the head of our fishing and watersports program and head of new business development. I led the footwear licensing deal we signed with Merrell Since I had some history there, I knew that the licensing deal could work. I knew what the design team over there was capable of.

BOSS: You've been at Patagonia for over a year now, is it what you expected?
CS: It has more than exceeded my expectations. I have known the company since I was a dirt bag trying to sell pictures to them for their catalog. I have known Yvon and Melinda since I was a kid. My family owns a house in Jackson Hole right across the street from theirs.

It was just a natural step for me. Ive known for years  I wasnt sure when I would join Patagonia, but Ive always known I would. Also, I think I connected with the founders and the board right away with my general ethos. As I am sure you know, I was President of the Conservation Alliance for, what was it, four years.

BOSS: What are your personal goals in this new position?
CS: Well, we already have a very successful business model. My job is to make sure that it is sustainable for 100 years or more. Really, I need to refine the business model so that it fulfills our mission statement, which is to create the best product, with minimal environmental impact, while at the same time finding solutions to the global environmental problem.


If we could move from 30% of our product line having environmental content to 40%, that would make me happy. Ultimately, the goal is to have 100% of the product line will be organic, PCR, or recyclable polyester, or even nylon eventually. Of course, we need to grow. Our targets are to grow a little faster than the general economy. That way we can continue to give money to grassroots environmental groups. To date we have donated over $25 million, and we would like to give more. That would also make me very happy.

BOSS: After six months as Interim CEO have you made any changes?
CS: We have made some structural changes. We centralized the marketing team. All of the company communications are under Rick Ridgeway with Rob Bondurant taking over marketing. So, officially, Rick is the VP of communications and environment and Rob is the VP of marketing. We also have a new quality task force, which was created to insure that we are the leaders in design and development. This spans from the drawing board all the way through to factory selection.


One initiative that is not as sexy is the El Cap Group, which was created to improve the timeline and supply chain efficiency. This is a group of junior managers who are constantly shooting out ideas on how to make the organization more efficient.

BOSS: What do you see as the biggest challenges in your new position?
CS: One of the biggest challenges we are facing is that the industry is in the middle of a massive consolidation. This year we will come in at well over $250 million in sales, but we are competing against companies with over $1 billion in revenue. VF Corp., Liz Claiborne, even REI with their own brand that is doing quite well right now. There are a lot of big brands with much broader distribution. We are committed to the specialty market, and maintain a sensible distribution. One of our programs right now is to reach out to a new consumer with our mens surf program and Watergirl. We are also expanding globally with our multi channel strategy.

The most challenging aspect of this will be to get other companies to incorporate the environmental message into their businesses. We have actually made some real progress here. When you hear about companies like Wal-Mart going organic and bigger mass retailers looking at organic cotton, thats encouraging.

BOSS: So, you are expanding your retail presence internationally?
CS: We have, I dont have a number right in front of me, but between 10 and 20 international retail shops. We have locations in Andorra, Austria, Iceland, The U.K., The Czech Republic, several in Japan. All over the world, really.

And yes, we are looking to grow that number. We are facing challenges, with the global commercial real estate market going through the roof, it has really hit its peak right now. But, everyone is facing those same issues.

BOSS: Patagonia has completed some acquisitions in the past, is this still part of the growth strategy?
CS: We are open to potential acquisitions and licensing arrangements, like the one we just completed with Merrell, as long as they fit within the business model. 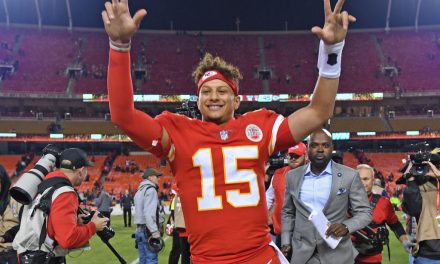