Under the five-year agreement with Major League Baseball Properties, which begins immediately and continues through the 2008 Major League Baseball season, Bank of America will receive exclusive rights in its category, including the license of intellectual property rights, extensive broadcast and onsite branding opportunities and hospitality at Major League Baseball Jewel Events such as the All-Star Game, the Division Series, the League Championship Series and the World Series.

The company's agreement with Little League Baseball – the largest organized youth sports organization in the world with 2.7 million participants – will begin with the 2005 Little League season, and extend through the 2008 season. It provides exclusive rights to all banking and financial services categories, and includes targeted access to Little League officials, coaches and families, as well as on-site presence at state and regional tournaments, branding and signage at the Little League World Series, and a variety of other promotional programs. 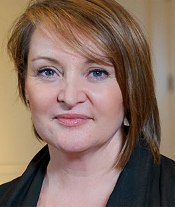 REI Nominates Chistine Day to Board