Blacks Leisure reported significantly lower losses for the fiscal year  and said it was able to persuade lenders to extend banking facilities from December 2011 to November 2012 by recruiting a new CEO, who will take the helm late this summer as the British outdoor specialty retailer enters the third year of its turnaround.

Total revenue from continuing activities of £201.9m ($311.9mm) represented a decrease of 16.0 percent from the £240.5m recorded in the prior year.  Whilst the number of trading stores open as at the end of the financial year was only slightly lower, with 308 stores at Feb. 26 2011 compared to 313 a year earlier, the sales in the previous year included 88 stores which closed in October and November 2009 in relation to the CVAs.  After excluding the results of these 88 stores from the comparative figures, the reduction in revenue is £8.8m ($13.6mm) or 4.2 percent.

“This has been another difficult year for both the Group and the UK retail sector generally, with consumer confidence still continuing to be fragile,” said Chairman David Bernstein. “Despite this, action taken by the Group has resulted in the delivery of a much reduced loss for the year.”

New CEO Arrives in July
Bernstein announced that Julia Reynolds had accepted an offer to join Blacks Leisure as chief executive towards the end of the summer.  A very experienced buyer and retailer, she will join the company from Figleaves.com where, as CEO, she drove a period of significant growth and improvement in results.  Prior to that, she was category director at Tesco plc, where she was responsible for the introduction and subsequent success of the Florence & Fred clothing range.

“Blacks Leisure now has a more focused estate of stores, a significantly reduced overhead base and a proven new store format which has been successfully rolled out this year,” said Chief Executive Neil Gillis. “The business is now well placed to move from turnaround to recovery with a focus on outstanding retailing to restore it to a leadership position within Outdoor retail.”

New stores outperforming
Despite the net reduction in store numbers, which reflected the closing of a number of mainly small and weakly performing sites which were coming to the end of their lease term, the Group opened 13 new or rebranded stores during the year.  These stores are already making a positive overall contribution to the Group and are generally trading ahead of expectations and together now account for around 10 percent of total Group revenues.  These stores are principally larger units, with the trading space to offer assortments more effectively, and are being fitted out to reflect the retailer’s new brand propositions.

Trading conditions continued to be very challenging throughout the period, particularly in the first half during which adverse economic conditions contributed to a decline in the key Outdoor segment by 6.0 percent.  Whilst the retail environment generally continued to be tough throughout the second half, the business took advantage of the particularly cold and snowy weather conditions over the key Christmas trading period, during which Outdoor like-for-like sales grew by some 10.2 percent despite being measured against what was also a strong comparative period.

Despite being impacted by weak consumer spending in the early part of 2011 particularly, in common with other retailers, the strong Winter trading performance meant that the second half recovered some of the first half decline and the outturn for the Outdoor segment for the full year was a reduction of 4.9 percent.  Boardwear, which is planned for closure in the coming months, declined by 28.5 percent on a like-for-like basis across the period.

The internet channel, within Outdoor, continued to grow strongly at 44.2 percent.  We have recently launched a new and improved web platform for both www.blacks.co.uk and www.millets.co.uk, along with an expanded product range.  Internet sales accounted for 4.8 percent (2010: 2.7 percent) of total Group sales during the year and we are targeting further growth in this channel during the coming year.

Gross margins slip
A gross margin of 48.7 percent, or 49.6 percent excluding the effect of exceptional items, was achieved in the year (2010: 51.6 percent).  Whilst impacted by the competitive and economic climate, including the strengthening of the US dollar, much of the loss in margin occurred as a result of a discounting of stocks in the first half year.  Many stock orders for Spring/Summer 2011 had been placed prior to the CVAs and order volumes were determined on the basis of a larger store portfolio.  This issue was compounded by the poor sales in the first half and, accordingly, the business had to act decisively to clear excess stocks and minimise the stock overhang, at the detriment of margin, as we moved into the Autumn.

Store-related overheads have been reduced alongside the reduction in stores.  Efficiency and other cost savings have also been driven within head office and the logistics function.  These factors have contributed to the Group recording a significant reduction in loss before tax and exceptional items from £14.4m to £6.6m.
Credit facilities extended
The Group has been working alongside its bankers, Bank of Scotland plc, to extend its banking facilities which were due to expire in December 2011.  The Group today announces that it has been successful in agreeing new revolving credit facilities with its bankers which will now run until July 2012.  The facilities will be automatically extended to November 2012 upon the new Chief Executive commencing employment with the Group by no later than 30 September 2011.  The extended facilities comprise a core facility of up to £35.0m and a further new facility of £3.0m being available during certain seasonal peaks (subject to the satisfaction of certain conditions precedent).
Outlook
During the new financial year so far, the Group has continued to trade in extremely tough economic conditions.
“As a result, and in common with the experiences of many other UK retailers, sales levels in the period since the end of the financial year have been below our expectations,” said Bernstein.  “Although margins have largely been preserved, there has been an adverse impact on trading since the year end.

The Group faces a challenging year ahead in this uncertain retail climate,” Bernstein continued.  “Nevertheless, the directors believe that the restructuring activity that has been undertaken over the past few years has given the Group  a real opportunity to deliver a return to profitability over the short to medium term.  With much of this restructuring activity now completed, the appointment of a new chief executive with a specialist retail background is a significant step towards completing this turnaround.”
New store formats show promise
For the first time in many years, Blacks Leisure was able to open new stores in fiscal 2011 and they performed strongly, said Gillis.

“One of the principal issues the Group has faced, and one of the driving factors behind the historic underperformance, was the fact that the store estate had been significantly underinvested over a number of years and many of the stores were old sites which lacked the necessary space to retail our full range effectively,” Gillis said. “For the first two years of the turnaround, the Group had to withstand the rapid openings of brand new and larger stores by our competitors, often located close or even adjacent to our own underinvested sites, without being able to respond with capital investment of our own.”

Following its reorganization under a company voluntary arrangment, or CVA, the company was able to raise equity finacing to invest in stores. In fiscal 2011 it opened or converted 13 new stores, which now account for around 10 percent of sales generated by the company’s 308 stores.
“Being able to choose strong sites with the required amount of trading space, on competitive rents, has driven exceptional performances from these new stores,” said Gillis.

He said the new stores have given the company further confidence that the formats work and that the business can take on any of its competitors when it is trading on equal terms.

“It has also highlighted the opportunity, should cash facilities allow, for the business in the future as many of the leases on the old, underinvested stores approach their expiry and we could therefore potentially replace these stores with larger, higher returning new stores,” Gillis said.

Gillis said that the company had completed much of its turnaround plans, including the reduction of overhead, the planned full exit from the loss-making Boardwear business, debt reduction over the past three years, the CVAs and the equity fundraising. The next phase will focus on further enhancing retail margins and product performance.
“For this reason I believe it is right for me to hand over the management of the Group to an experienced retailer who has the background and skills to complete the final phase of the turnaround and to develop the long term prospects for the business,” Gillis said in reference to Reynolds. 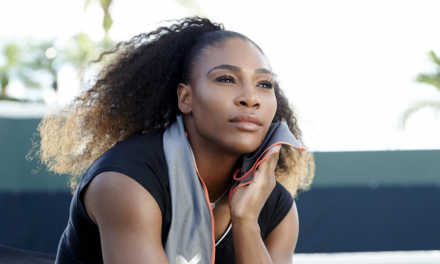 Budget Battle Requires Outdoor Executives to Up Their Advocacy in 2011