Black Diamond, Inc. reported the launch of its spring apparel line and strong results at its POC ski helmet business helped push sales up 7 percent to $54.5 million in the first quarter ended March 31. The company remains on track to meet its revenue and gross margin forecasts for the full year, executives said.

Gross margin in the first quarter of 2014 increased 70 basis points to 38.4 percent compared to 37.7 percent in the year-ago quarter. The increase was primarily due to a favorable product and geographic mix and contribution from higher margin products by POC, PIEPS and Black Diamond apparel, partially offset by an 80 basis point impact from foreign exchange fluctuations.

Selling, general and administrative expenses in the first quarter increased 8 percent to $22.6 million compared to $20.9 million in the year-ago quarter, primarily driven by further investment in Black Diamond apparel and POC.

Management commentary
“Black Diamond's first quarter results are a reflection of our product variety and seasonal diversity, as well as our global distribution platform,” said Peter Metcalf, president and CEO of Black Diamond. “In spite of some extreme dry weather conditions in different parts of the world, our first quarter sales increased more than 8 percent in constant currency and approximately 7 percent in real terms. Black Diamond also grew in all of our major geographies.”

“The majority of our spring 2014 apparel line was shipped in the first quarter,” continued Metcalf. “Sell-through is both on track with our internal plan and based upon selected retailer response, the line is trending ahead of our fall 2014 launch. Early retail and trade feedback for POC's road bike collection suggests it is well positioned for the core cyclist, and we expect the majority of the line to ship in the second quarter.

“We expect our strategic pivot to be largely complete by the end of 2014, positioning Black Diamond for faster growth and profitability and helping to further evolve our direct-to-consumer channel strategy. Therefore, we continue to expect double-digit sales growth during 2014.”

Net operating Loss (NOL)
The company estimates that it has available NOL carryforwards for U.S. federal income tax purposes of approximately $210.4 million. The company's common stock is subject to a Rights Agreement dated Feb. 7, 2008, intended to assist in limiting the number of 5 percent or more owners and thus reduce the risk of a possible “change of ownership” under Section 382 of the code. Any such “change of ownership” under these rules would limit or eliminate the ability of the company to use its existing NOLs for federal income tax purposes. There is no guaranty, however, that the rights agreement will achieve the objective of preserving the value of the NOLs.

Black Diamond and KPMG, its independent accounting firm, are in the process of finalizing their review of the company's valuation allowance assigned to the company's NOL carryforwards. For this reason, this press release excludes the company's condensed consolidated balance sheets. Black Diamond anticipates filing its first quarter Form 10-Q on or before the filing deadline of Monday, May 12, 2014.

June Comps Are Flat at Dillard’s 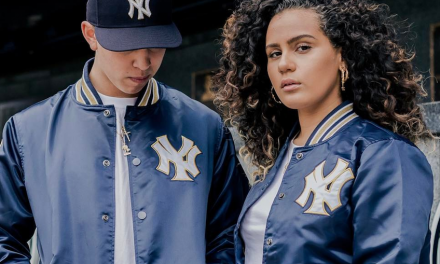