BJ’s Comps Up Slightly for December

“We are very pleased with our 5.9% increase in merchandise comparable club sales given that we experienced two major snow storms in the Northeast and an unprecedented level of seasonal price reductions across all retail channels during the month,” said Herb Zarkin, chairman and CEO. “Our 6% increase in customer traffic was consistent with our positive trend over the past few months.”

Sales Results for December 2008
($ in thousands)

The company provided the following additional information regarding comparable club sales for December 2008:

A comparable club sales increase of approximately 9% in food was somewhat weaker than planned and reflected the impact of sales interruptions in the Northeast caused by winter storms during critical food shopping periods. An increase of approximately 2% in general merchandise sales was somewhat higher than planned and was driven by strong sales of low-margin televisions and other consumer electronics, and by a higher level of promotions and price reductions versus last year, particularly in seasonal and toys.

Sales decreased during the first three weeks and increased during the last two weeks. The decreases in weeks two and three reflected the negative impact of snow and ice storms in the Northeast.
Sales increased in the Metro New York, New England and the Mid-Atlantic regions, with the highest increase in Metro New York. Sales decreased in the Southeast and Upstate New York regions where BJs has the higher concentration of gas stations compared to the rest of the chain. 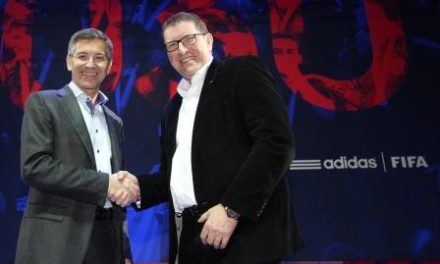 Adidas and FIFA Renew Agreement Through 2030

Giancarlo Zanatta Leaves Lotto Board to Focus on Technica