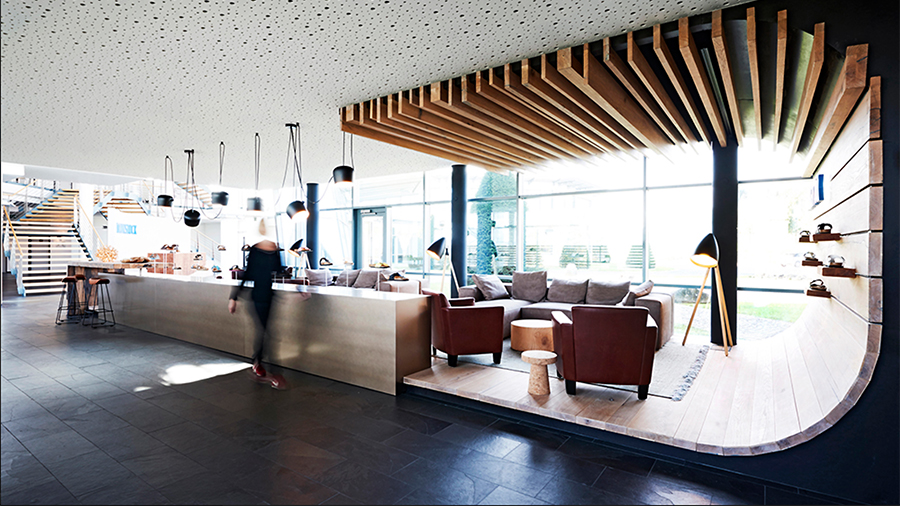 S&P said in its analysis, “The Birkenstock brand is well-established in mature markets with relatively lower fashion-led volatility. We believe the Birkenstock brand has strong equity power within its niche category of sandals and orthopedic footwear products. This is mainly thanks to its specific functionality features, long brand history, and good control of the supply chain and manufacturing process to maintain a consistent level of product quality. We note that, compared with other apparel brands, Birkenstock has a relatively lower risk associated with fashion changes. Core models have been in the market for many years, and the company has a diversified and loyal customer base, with brand differentiation linked to its products’ orthopedic features. Birkenstock is trying to expand its customer base, including through partnerships with other brands, such as Valentino, Stüssy, and others. Although brand awareness outside Europe and North America is relatively low, the company intends to increase penetration in markets like China and India. We note that, compared with the average for branded apparel, Birkenstock spends a relatively smaller amount on marketing activities and this supports sound profitability metrics.

“The company has a solid track record of revenue growth, with relatively stable profitability. During 2012-2020, Birkenstock’s revenue achieved a compound annual growth rate CAGR of about 19 percent, materially outperforming the global footwear industry. More recently, during the fiscal year ended September 30, 2020 (the fiscal year 2020), Birkenstock posted revenue growth of 1.2 percent year on year. The group has been able to offset the pandemic’s adverse effect on its wholesale and physical retail channel mainly thanks to strong momentum in online sales, which were up 81 percent. We believe the footwear industry will remain supported by positive industry factors, such as casualization, premiumization, sustainability, and wellness trends. For these reasons, we expect a more challenging environment for formal shoes, while sport and casual shoes could enjoy some long-term benefits also supported by the shift to working from home.

“We consider barriers to entry in the industry to be moderate. The global footwear industry is highly fragmented, with the top five players accounting for less than 25 percent of the market share according to Euromonitor. Although we view industry barriers as moderate, the product segment in which Birkenstock operates is relatively small and with specific features that are not the focus of most of the larger footwear manufacturers. Key mitigants to competitive pressure relate mainly to the orthopedic features of footbeds, as well as Birkenstock’s brand equity power, and vertically integrated business model.

“The company’s distribution strategy is evolving, alongside an increased focus on direct-to-customer sales. Wholesale is Birkenstock’s largest distribution channel. During the fiscal year 2020, wholesale business accounted for about 70 percent of total sales, e-commerce 25 percent, and physical retail about 5 percent. North America is the company’s most advanced market from a distribution perspective, with direct-to-customer (DTC) accounting for about 34 percent of regional company sales. One of the company’s priorities relates to the rationalization of wholesale with a group of partners that are better aligned with the Birkenstock brand. The group expects the DTC channel to generate an increasing portion of sales, primarily thanks to acceleration in e-commerce. According to Euromonitor, in 2020, digital sales accounted for about 26 percent of the global footwear industry’s total, up from 11 percent in 2015, and this is broadly in line with e-commerce’s existing contribution for the group. The share of revenue generated by the company’s own physical retail business is low by industry standard. The company opened flagship retail stores in Soho (New York City) in 2018 and Venice Beach, CA in 2019. As of September 2020, Birkenstock owned 52 stores. As part of brand building and better DTC exposure, Birkenstock expects to open selected new stores, primarily in Europe, outside Germany, and the U.S.; although, according to the company’s base case the key growth driver remains the online channel.

“There is limited product diversity, given the concentration on a niche segment of the footwear industry. We note that over 70 percent of annual sales are generated from five models, core classic, with the original “Arizona” model being an important contributor to total sales. During the past few years, the company has expanded the Arizona model, a sandal with two straps, to include new colors, textiles and patterns. The company is also keen to expand in other categories outside sandals, such as closed-toe shoes, the children’s segment, accessories, and others, but these still represent a limited part of the overall business. Moreover, within our credit assessment, we factor in the company’s limited exposure to emerging markets and revenue contributions from a few mature markets, with the top three countries accounting for more than 60 percent of total sales.

“Cash flow conversion compensates for relatively high S&P Global Ratings-adjusted debt to EBITDA. Under our base case, we expect the company to maintain S&P Global Ratings-adjusted debt to EBITDA of 7.0x-7.5x over the next two years. We anticipate gradual deleveraging after the transaction closes, thanks to organic growth and discipline in discretionary spending. In our adjusted debt calculation, we include a €275 million vendor loan related to the deferred purchase price under the acquisition agreement. In our base case, we assume that interest to be paid on the vendor loan will be in kind, in line with the company’s guidance. Moreover, we adjusted the company’s reported debt to include about €50 million related to the net present value of operating leases, and we do not net cash available on the balance sheet to the reported debt. Within our base case, we forecast the company can generate FOCF (after capital expenditure, working capital, cash interest, taxes, and lease payments) of €120 million to €150 million. Positively, we forecast our adjusted EBITDA interest coverage ratio to be sustainably above 3.0x. We note that Birkenstock has undertaken no acquisitions in the past, and the likelihood of a significant debt-funded acquisition is low, in our view.

“The stable outlook reflects our view that Birkenstock will maintain S&P Global Ratings-adjusted EBITDA margins of 27 percent to 28 percent while continuing to generate robust annual FOCF of €120 million-€150 million. We believe the company’s strategy to consolidate its position in mature markets, expand in Asia, and focus on the DTC channel should lead to gradual deleveraging, with adjusted debt to EBITDA at 7.0x-7.5x over the next two years, including the vendor loan. Under our base case, we expect the group to maintain EBITDA interest coverage above 3.0x.”