Billabong International Limited said it is again reviewing its business for possible cost cuts and a recapitalization in the wake of a significant drop in retail sales in November.

“Overall, Europe is by far the Group’s most challenging market, followed by Australia,” the company said in a statement released Dec. 19. “The slower global sales come as the general market environment has become highly promotional and this is placing pressure on gross margins. Much of the consequent loss of gross profit is leading to a reduction in EBITDA given the limited ability to reduce the relatively fixed cost base in the short term.”
The Australian action sport company said that after adjusting for the impact of recent acquisitions, its sales for the five months were up just 0.4 percent for the five months ended Nov. 30, compared to 6.2 percent in the quarter ended Sept. 30. Based on results though Dec. 11, the company expects comparable sales revenue for the last six months of 2011 to decline 3 percent.
“Following receipt and finalisation of management accounts reflecting actual trading results for the month of November and receipt of preliminary retail sales data for company owned stores for the period ended 11 December, the sales growth trend has deteriorated significantly in this critical retail period,” the company said.
The reasons for the sales slowdown vary by region, but the data received reflects the European sovereign debt issues and the ensuing fears of global recession which are impacting consumer confidence and spending patterns significantly. Within the key regions:

While the Group’s trading results remain heavily subject to performance across the balance of the critical December trading period, the company anticipates reported EBITDA for the six months ending 31 December 2011 to be in the range of $70 million to $75 million (compared to $94.6 million in the pcp). On a constant currency basis, the company anticipates this EBITDA range would be approximately $4 million higher, with the range on an ‘as reported’ basis being adversely impacted in particular by the stronger AUD against the USD and Euro for the six month period ending 31 December 2011 compared to the pcp.

Given the poor macroeconomic and trading environment, the company is not able to provide guidance for the full 2011-12 financial year, however, strong underlying EBITDA growth compared to the pcp in constant currency terms for the full year is not expected.

While the Group remains focused on reducing working capital and maximising cash flow from operating activities, the poor macroeconomic and trading environment is dampening the Group’s ability to clear excess inventory. In light of the shift in retail consumer and wholesale customer spending patterns, and while significant costs have already been taken out of the business over recent years, the company is undertaking a further operational review of the business to ensure additional appropriate reductions are made to overheads in the current financial year and into the 2012-13 financial year.

In addition, a strategic capital structure review is under way with the company’s advisor, Goldman Sachs. This review includes an assessment of all potential alternatives to strengthen the company’s capital structure in light of the existing operating environment and the risk for further deterioration. The review encompasses all of the company’s balance sheet alternatives. It would be premature to speculate on the most likely outcome of this review and, while nothing has been ruled out, raising equity is not the preferred path at this time as the company is reviewing other options.

Despite the extremely challenging external trading environment, the company continues to believe in the fundamental mid to longer term potential of its previously-stated strategy, in particular to enhance its direct-to-consumer business model, grow the vertical margin contribution from company owned brands in acquired retail stores and continue the rapid expansion of its online businesses. 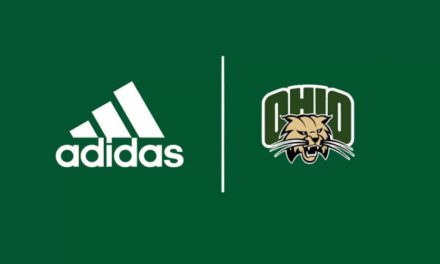