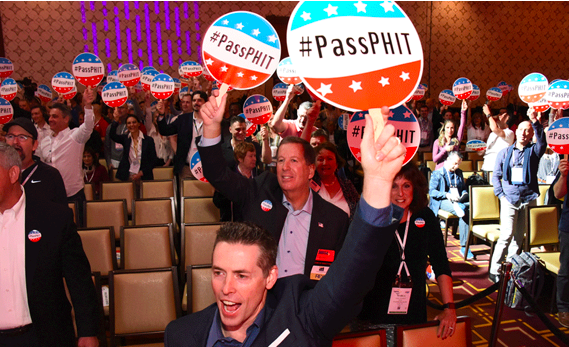 Congressmen Ron Kind (D-WI) and Mike Kelly (R-PA), lead sponsors of the Personal Health Investment Today (PHIT) Act, sent a letter to all members of the House Monday seeking additional support of their bill to make activity more affordable, according to the Sports & Fitness Industry Association.

The U.S. is facing an inactivity crisis, with more than a quarter of the population abstaining from any physical activity, and the PHIT Act (H.R. 1679) would allow individuals to pay for activity-related expenses using pre-tax dollars.

This bipartisan bill has garnered the support of 33 republicans and 36 democrats in the House, showing that the widespread need for a healthier nation extends across party lines. The “Dear Colleague” letter, sent by Kind and Kelly, outlines expenditures that would qualify as a form of disease prevention, allowing individuals and families to save money on gym memberships, youth camps, sports leagues, equipment and fitness classes, among other things.

“Earlier this year the CDC reported 90 percent of health expenditures are used to treat chronic disease and mental illness, the incidence of both conditions is lower in the active population,” stated Congressman Ron Kind. “Engaging in regular physical activity can improve people’s health and quality of life to reduce the incidence of preventable and costly chronic diseases. The PHIT Act lowers the financial barrier to activity to encourage healthier lifestyles, which in turn, will reduce overall health care spending.”

The income disparity among active Americans continues to grow. Lower-income households are becoming more inactive each year, and the opportunity to participate in activity and lead healthy lifestyles is becoming a privilege only available to the wealthy. More than 66 percent of the population in households making less than $75,000 are inactive. In contrast, only 16 percent of individuals in households with an income of more than $100,000 are inactive. Since the PHIT Act benefits would operate through individual’s Health Savings Accounts (HSAs), and the average household income of HSA holders is $57,000, PHIT would give lower-income consumers the ability to reduce their activity expenses via the use of pre-tax dollars. Physical activity leads to prevention of chronic disease, and that is worth the investment.