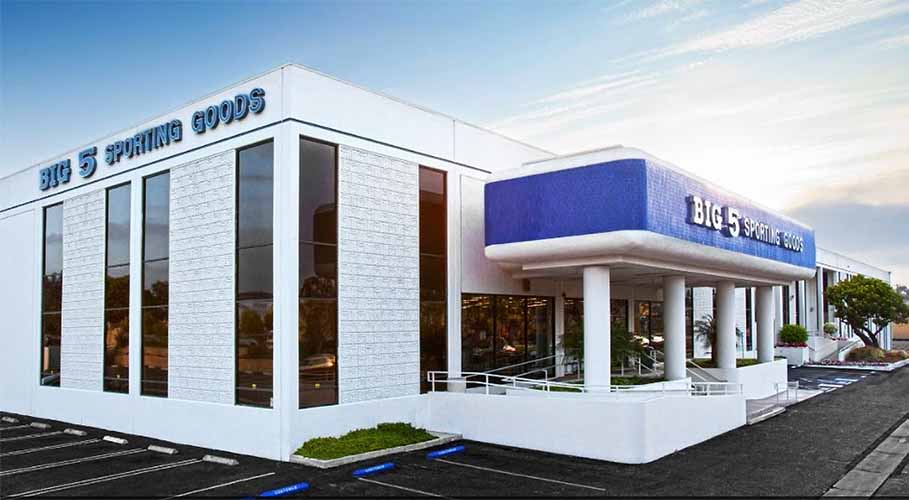 Big 5 Sporting Goods Corp. reported earnings of $356,000, or 2 cents share, in the fourth quarter, rebounding from a loss of $5.1 million, or 24 cents, a year ago. But the retailer said it expects a loss in the first quarter as winter weather conditions have softened significantly over the course of the period.

Prior to the updated guidance, Big 5 had expected a loss per share in the range of 4 cents to 16 cents a share. The year-ago period included non-recurring charges amounting to 9 cents a share.

Steven G. Miller, the company’s chairman, president and chief executive officer, said, in a statement, “Our strong fiscal fourth-quarter performance highlights a successful fiscal 2019 that included positive same-store sales growth and a meaningful increase in net income. These results were driven in part by our team’s ongoing focus on actively managing expenses and merchandise selection, coupled with pricing and promotional strategies that contributed to a notable expansion of merchandise margins over the back-half of the year. Additionally, our model’s unique combination of value, selection, service, and convenience allowed us to take advantage of seasonal demand, particularly during key periods of favorable weather.”

Miller continued, “Looking at the start to 2020, we are facing very challenging comparisons against extraordinary sales of winter-related products in the first quarter of 2019, driven by last year’s highly favorable winter weather conditions across our markets. This year, winter weather conditions have softened substantially over the course of the first quarter, and consequently, same-store sales are currently running down approximately 10 percent compared to the approximately 10 percent increase that we experienced during the comparable period last year. Over the balance of the quarter, sales comparisons will ease, and we believe we are positioned to improve on our current sales trends as we transition into spring. Although our quarter-to-date sales have been challenged, our merchandise margins are running up approximately 75 basis points as we continue to benefit from the strategies that drove margin expansion over the second half of 2019.”

Guidance
For the fiscal 2020 first quarter, the company expects same-store sales to decrease in the mid- to high-single-digit range and expects to realize a loss per basic share in the range of 15 cents to 25 cents, compared to a same-store sales increase of 4.6 percent and earnings per diluted share of 8 cents in the first quarter of fiscal 2019 including a charge of 2 cents per diluted share for the write-off of deferred tax assets related to share-based compensation.

Gatorz Impacted by No Fear Bankruptcy