Big 5 Struggles with Calendar Shift in Q3; Sales and Profits both Hurt by Loss of Key Week…

Big 5 Sporting Goods would have seen better results had it not been attempting to anniversary against a shifting retail reporting calendar, a new distribution center, and costs associated with the companys restatement of certain financial statements. The retailer also saw some bottom-line upside from revised inventory cost capitalization methodologies and proceeds from the settlement of a claim related to the required relocation of one of the company's stores.

While fiscal Q3 comp store sales rose just 1.2% for the period, comps actually increased 3.8% versus the same 13-week period last year. The difference in same-store sales comparisons is due to a shift in the reporting calendar back one week that resulted in a 53-week year last year, effectively pushing the year back one week and denying BGFV the important pre-July 4 week in the Q3 numbers. Management estimated that the shift cost the company about $5 million in sales in the third quarter. The same issue was estimated to have cost the company about a nickel per share on the bottom line.

Company Chairman and CEO Steve Miller said that the three months of the quarter were all within a tight range of each other as far as comp sales growth rates were concerned. On the category side, apparel was the strongest performing category, comping up in high-single-digits for the period. Hardgoods followed with a mid-single-digit gain, but footwear comps were flat for the quarter. Mr. Miller said they saw an increase in both customer traffic and average ticket in the period. Footwear was apparently up against some pretty aggressive promotions last year, but is “performing very positively” in the fourth quarter.

While gross margins dipped roughly 10 basis points, point-of-sale margins improved about 20 basis points versus the year-ago period. The GM line was hurt by a $2.3 million, or 100 basis points, increase in distribution center costs during the quarter, as well as higher transportation costs. Those higher expenses were offset in part by a $1.4 million, or 70 basis points, benefit from revised inventory cost capitalization.

The new DC, which is expected to serve the growth requirements of the company for the next eight to ten years, is up and running and is now receiving 40% to 50% of all incoming merchandise. The transition is expected to be complete in the 2006 first quarter.

Big 5 opened four new stores and closed one store during the quarter and has already opened as many in the Q4 period. They see adding an additional 11 stores in the fourth quarter, ending the year with a total of 324 stores in operation. BGFV has 20 new stores planned for fiscal 2006.

BGFV sees diluted EPS, including charges, in the range of 40 cents to 44 cents per share in Q4 on comp store sales growth in the low- to mid-single-digit range for the period. Miller said that the first month of the quarter has been the strongest comp store period of the year and the positive trends have continued into November. Footwear is running strong, but apparel and the winter-related categories are softer due to comparisons against an earlier winter last year. 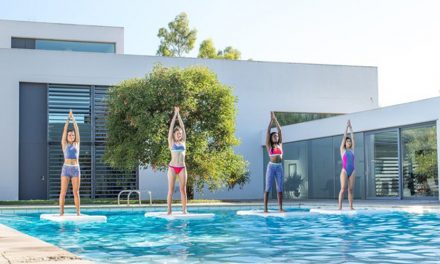 Speedo To Make Activewear For In And Out Of Water

June Comps Are Flat at Dillard’s