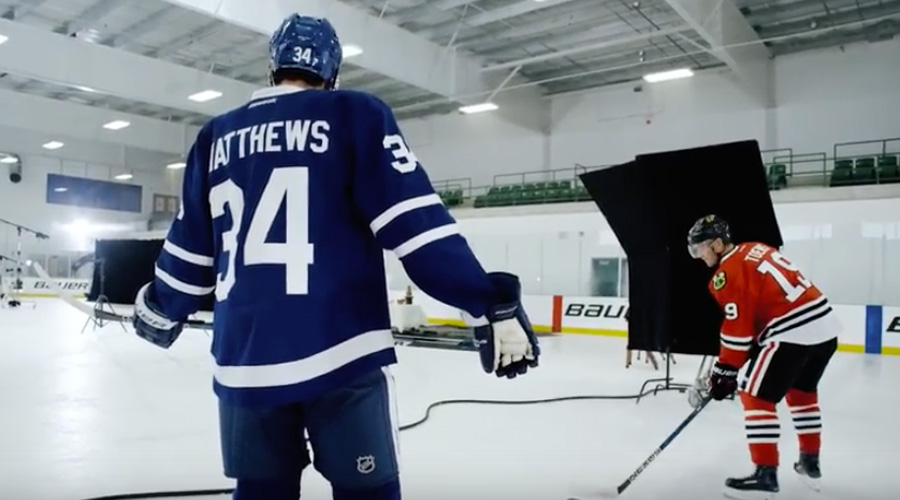 The main element of the Aim For Greatness campaign is a comical online video that features Toews and Matthews in an on-ice “call your shot” battle, which was filmed during Bauer Hockey’s 2016 athlete event held in Toronto during the summer of 2016. The two players take turns aiming shots at various pieces of equipment on the production set, including cameras, lights and a full table of food.

“There are no camera tricks involved so the skill demonstrated by both players is impressive, but the interaction between Jonathan and Auston is what makes the video a must-see for hockey players and fans,” said Mary Kay Messier, VP of marketing, Bauer Hockey. “The video provides a unique look into both players’ personalities that most fans don’t get to see very often. The incredible skills that made each of them top professional players are clearly on display, but when you watch the video, you quickly understand that both Jonathan and Auston simply love playing the game of hockey.”

Other elements of the Aim For Greatness global campaign include digital media, print advertising and in-store marketing elements.