The inspiration for the campaign, which will launch this month, arose from Avia’s recognition that high-intensity athletes need shoes that can both withstand, and maximize their performance in a variety of demanding environments.

“We want the brand to make a personal connection with those who can benefit from our products and bring back the Avia swagger,” says Ed Goldman, Avia’s vice president of marketing.

“Our new campaign is a refreshing diversion from the hyper-polished and glamorized campaigns consumers are used to seeing, and also introduces new brand imagery that’s raw, stark and brutally honest. Fury is the new mascot, as well as the voice inside your head urging you to ‘Push On,’” adds Tim Joyce, senior vice president and general manager.

The shoes from the Spring 2013 collection are designed to target three key sport zones:

·         Mantis  for competitive and recreational running

The campaign’s imagery includes a heavy focus on the black and the white, both literally and figuratively, to disseminate the message you’re either training or you’re not. The new tagline encourages athletes everywhere to challenge themselves and to Push On.

Avia plans to seed the new campaign through a variety of grassroots events, social media, direct marketing, sports marketing, street marketing and college campus outreach, as well as collaborating with FitPro Ambassadors such as Abbie Appel, Bill Sonnemaker and Thomas “The Promise” Trebotich.  Avia is a proud sponsor of the East Coast Alliance (ECA), International Sports Conditioning Association (ISCA), as well as a presenting sponsor of Xterra, the nation’s premier off-road triathlon and trail running series.

Avia is based in Aliso Viejo, CA and is a division of Brown Shoe Company.  For more information, please visit avia.com.

Cabela’s To Manage Credit Card for Another Retailer 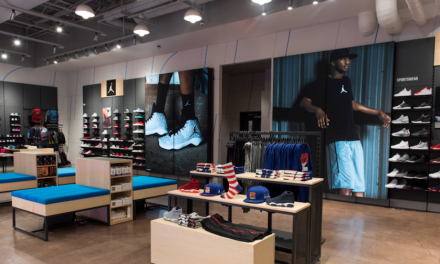