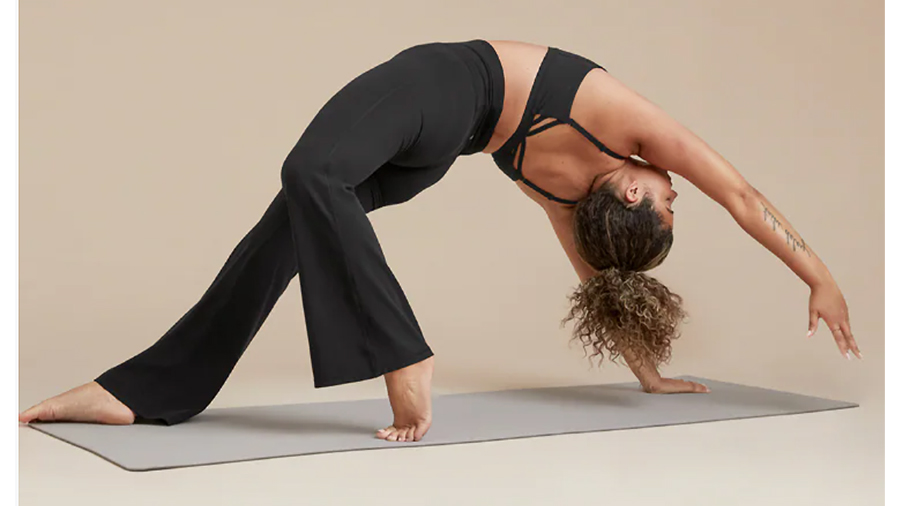 Gap, Inc. reported comparable sales at Athleta were flat in the third quarter. Net sales of $340 million were up 6 percent compared to last year.

Gap said while the brand continues to make progress in driving awareness and establishing authority in the women’s active and wellness category, it continued to show softness related to the shift in consumer preference from athleisure to occasion and work-based categories consistent with the broader athleisure market.

Companywide, net sales reached $4.04 billion, up 2 percent compared to last year. Comparable sales were up 1 percent year-over-year. Among its other banners, same-store sales at Old Navy were down 1 percent. Comps at the Gap chain were up 4 percent globally and flat in North America. Banana Republic’s comparable sales climbed 10 percent.

Reported net income was $282 million, or 77 cents a share. Reported net income includes an income tax benefit of $114 million related to the cumulative impact of a change in the estimated annual tax rate as a result of quarterly earnings variability.

Ending inventory of $3.04 billion was up 12 percent year-over-year, which includes a 13-percentage point benefit related to lapping last year’s higher in-transit inventory; this was offset by 9 percentage points of growth related to pack and hold inventory and about two-thirds of the remaining increase attributable to elevated levels of slow-turning basics and remainder seasonal.

“I have a deep conviction that we have a portfolio of iconic brands that our customers love, increased confidence in our platform to drive leverage and economies of scale, and belief in the team’s ability to deliver. We have sharpened our focus on execution to optimize profitability and cash flow, are bringing more rigor to our operations, and balancing our assortments in response to what our customers are telling us. While our efforts show early signs of improvement, we are clear that there is work to be done to deliver what our customers, employees and shareholders expect from Gap Inc.” said Bob Martin, executive chairman and interim CEO, Gap, Inc.

Fiscal Year 2022 Outlook
The company anticipates that total company net sales could be down mid-single-digits year-over-year in the fourth quarter of fiscal 2022.

During the third quarter, the company took initial action to reduce operating expenses, resulting in approximately $250 million in annualized savings, of which an immaterial amount will be a benefit in the fourth quarter due to timing and severance offsets in addition to anticipated headwinds in the fourth quarter related to higher seasonal labor costs relative to last year.

“While our third quarter results underscore the initial progress we are making toward rebalancing our assortments and reducing inventories, we continue to take a prudent approach in light of the uncertain consumer and increasingly promotional environment as we look to the remainder of fiscal 2022,” said Katrina O’Connell, executive vice president and chief financial officer, Gap, Inc. “In the near term, we remain focused on the actions necessary to reduce inventory, rebalance our assortments to better meet changing consumer needs, aggressively manage and reevaluate our investments, and fortify our balance sheet. While we have work to do, we believe we are taking the right steps in order to position Gap, Inc. for sustainable, profitable growth and to deliver value for our shareholders over the long term.”