According to court documents, a group of defendants connected to Hugh Crumpler, III, were involved in a major international gun trafficking operation. Crumpler has trafficked, for several years, more than 1000 firearms to various groups and defendants who have exported these weapons all over Central and South America and to Puerto Rico. The defendants trafficked in Glock semi-automatic handguns, Fabrique Nationale Herstal 5.7x28mm semi-automatic handguns (“FN pistols”), and AR-15 styled short-barreled rifles, among other firearms. The FN pistols in particular are weapons of choice for drug trafficking organizations and paramilitary groups. Easily concealed and capable of firing a rifle round of ammunition that can penetrate law enforcement body armor, the pistols are referred to by cartel members in Mexico, South America, Central America, and Puerto Rico as “matapolicias” or “cop killers.” AR-15-styled rifles are popular among the same criminal groups.

Firearms like those involved in this investigation are often smuggled through Honduras and other Central and South American countries before being used in violent crimes in Mexico and other countries in the region. A number of the firearms trafficked by the defendants in Operation Castaway have been linked to violent crimes around the world. Several firearms trafficked by Crumpler and Ramon Lopez, Jr. were used in crimes associated with the Torres Sabana Drug Trafficking Organization, a notorious and violent drug trafficking organization in Puerto Rico. Another firearm, a Glock pistol, was recovered in Medellin, Colombia, South America, after being used to commit a homicide. Yet another firearm was found in the possession of a hitman for Oficina de Envigado, an organization described by the Department of Treasury as “a violent Medellin-based organized crime group that engages in large-scale drug trafficking and money laundering activities in Colombia.”

Two additional defendants, Antonia Ruiz-Varela and Manuel Dejesus Carrasco-Ruiz, are still at large and have yet to be arrested by authorities. Any information about their whereabouts should be forwarded to ATF.

“Eliminating this type of organization and taking its high-level weaponry off the streets will increase safety not only for our citizens but for people abroad. I commend the work of the federal agents in bringing this group down, as well as the contributions of our local partner agencies,” said U.S. Attorney Albritton.

“ATF investigates unlicensed firearm dealers across the country, this one unlicensed individual revealed a firearms trafficking ring so far reaching it funneled hundreds of firearms to criminal markets both domestic and international,” said Virginia O’Brien, Special Agent in Charge of central and northern Florida ATF operations.

ICE Homeland Security Investigations Special Agent in Charge in Tampa Susan McCormick said, “Gun and drug trafficking fuels violence by criminal organizations and threatens the security of the people along our borders and throughout the country. ICE special agents will continue working jointly with our law enforcement partners to utilize our expertise in import and export enforcement in order to keep our citizens safe and secure.” 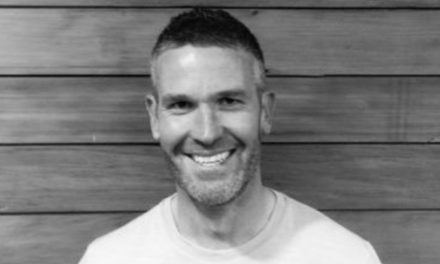