ASICS plans to open its first store in the U.S. this fall. At an event showcasing its spring 2010 collections in New York City,  ASICS officials also revealed plans to enter the golf and lacrosse categories in the U.S. for the first time.

The store, opening at 42nd St. and 6th Ave. across the street from Bryant Park in New York City, will open October 19. The location, according to Heather Spears, spokesperson for ASICS America, focuses exclusively on running with the opening timed around the Nov. 1 New York City Marathon, which ASICS sponsors. Worldwide, the Manhattan location marks ASICS third store. The other two are in Tokyo and London. The NYC store will include a gait analysis system.

At the event at Sun Studios in lower Manhattan, ASICS America also revealed that it was expanding into golf footwear with a mid-November launch planned at Golf Galaxy. The line will eventually be expanded to Dick's Sporting Goods, Golf Galaxy's parent, and other sporting goods chains.

According to Matt Donnelly, footwear manager for ASICS America,  the company has long been selling golf shoes in the Japanese market. But it received “tons of calls” internally from customers and from retailers in the U.S. following the success of Japanese golfer Shingo Katayama at the Masters, where he placed fourth while wearing ASICS' GELACE golf shoe. He also said younger golfers such as Katamaya and others have been looking for style in their footwear and apparel in what has been a “pretty conservative” category.

Donnelly said the golf shoes embrace much of ASICS' running technology with issues such as over-pronation and supination also common injuries among golfers. The men's GELACE, retailing at $170, will be available in SPRING 2010 in three colorways:  white/green, white/silver and black/silver. The women's LADY GELACE, $125, will be available in two options: white/hot pink and white/champagne gold. Versions around $100 are being planned for upcoming seasons, Donnelly said..

ASICS also plans to enter the lacrosse footwear category in the U.S. in Spring 2010 as the sport continues to gain traction. Donnelly said lacrosse marks a continued expansion for ASICS in team outside its roots in wrestling and volleyball. Field hockey, which the company entered two years ago, continues to do well. The extensions also reflect the strength of the brand in the U.S. market.

“When we put out a high technology, that enthusiast is just eating it up,” said Donnelly.

On the running side, ASICS debuted updated versions of the GEL-Kinsei that features a new “Guidance Line” on the sole of the shoe to help runners maintain an efficient gait from start to finish, said Terry Schalow, ASICS America's performance running product manager. It's also lighter and provides more support in the upper. For female runners, the Kayano 16 features three additional millimeters in the heel to help prevent achilles tendonitis, a fairly common injury for that gender.

A Tempo Run collection of lightweight trainers and racers is being exclusively launched in run specialty in Sprinng 2010 for the core runner. As part of the GT-2000 and GEL-1000 series, the new GT-2150 and GEL-1150 models were unveiled.. The update models promise to provide more stability, better fit and lighter weight. 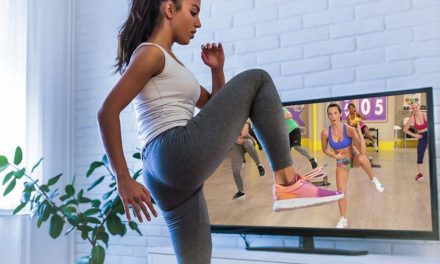