ASICS last week opened its first retail store in the U.S., choosing New York City to showcase the brand in advance of the NYC Marathon as the company continues to find growth despite the troubled economy.
“Our U.S. business is doing very well,” said Rich Bourne, president of ASICS America, in a conversation with Sports Executive Weekly at the launch event held last Thursday. Bourne said ASICS America will likely grow in the single digits this year, down from a 19% jump in 2008, but also said that, given the economy, he'll take it.

“We're going to have some growth this year and in this kind of economic environment, we feel  pretty pleased that we'll have growth,” said Bourne. “Our advertising campaigns have been paying off and our market share numbers have improved this year.  If I could get the percentage gains we're getting in market share in sales, I'd be real happy.”
According to retail point-of-sale data compiled by SportScanInfo, ASICS has seen its market share in performance running footwear improve nearly 200 basis points in the year-to-date period, but has jumped nearly 775 basis points in performance running footwear over $90 at retail.
Bourne also noted that the opening of the store shows ASICS Corp.'s commitment to investing in the region.  ASICS America generated $525 million in sales last year, or about 25% of ASICS worldwide sales — and is still growing.
The 1,100-square foot store at 42nd St. and 6th Ave. across from Bryant Park is dedicated to running footwear, apparel and accessories. Worldwide, it's the fourth store for ASICS, with a store opened in Tokyo in 2007, a London store opened in 2008 and a second Tokyo store opened earlier this year. A main draw will be the proprietary Foot ID system.

The Foot ID system includes a 3D scan of the foot along with gait analysis.
The store is being operated through a partnership with Gary Muhrcke, owner of Super Runners Shop, which has  nine locations in the area. New York was chosen as the location of its first U.S. store partly because of its sponsorship of the NYC Marathon but also as part of a plan to open up stores in major marathon cities.
Bourne said the store is designed as “statement” store to showcase ASICS’ full running collection and drive brand awareness.
“We think that a store like this is going to raise the bar for everybody,” said Bourne. “It's going to make the consumer aware of ASICS and it's really going to help our retail partners. When New Yorkers or tourists get their first exposure to our brand at the store, it will drive demand at the local level. They'll go into their hometown store and say 'Hey I saw this at the New York store.'”
Making a rare appearance in the U.S. for the ribbon cutting ceremony, ASICS Chairman, Kiyomi Wada, through a translator, said the company plans to open other U.S. locations “as soon as possible.” He mentioned Boston, Chicago and Los Angeles as potential sites. But he indicated that finding locations can be a long process. ASICS had started looking to open a store in Manhattan five years ago after Wada attended his first NYC Marathon.
Bourne also said ASICS Corp. will likely look to open in a major European city, such as Paris or Berlin, before opening a second one in the U.S. “This took a lot of planning and now's a great time for us to have this kind of presence in New York,” said Bourne.
Asked what's driving ASICS' success in the U.S., Bourne said it starts with a focus on performance and ultimately consumer acceptance of ASICS' technologies.
“We have a number of successful franchised models — the Kayano, 2000 Series and Nimbus — and it always goes back to product and those franchises,” said Bourne. “And we haven't messed up those shoes. We've delivered to the customer a better shoe each time or the same ride. There's no disappointment. So our technology is number one.”
But he also said increased branding efforts are raising awareness for the brand. With the 2008 Olympics, ASICS brought back some TV advertising for the first time in around ten years and the company continues to roll out its “Sound Mind/Sound Body” global campaign.
He said ASICS is experiencing growth through all its channels of distribution.  That includes continued gains in running specialty, which he called “the core of our business,” as well as sporting goods and other channels. The brand has particularly found success reaching beginner runners through its “Active Running” program. Specifically discussing the sporting goods channel, Bourne said the company is working closely with retailers to deliver the right price points.

“They often want to move a little big further down on the price chain and we've got shoes at the $70 to $75 level that can get people into ASICS for the first time that have been very successful,” said Bourne.
A continued focus on women has also helped. About ten years ago, the split between men's and women's sales had been 55/45, but now it's about even, he said.
A major effort for the ASICS brand in the U.S. is to expand apparel, which accounts for about 12% of ASICS America's business versus about 40% in its home market in Japan. Said Kawa, “The U.S. does  very well  in footwear but we need to grow apparel.”
ASICS is hoping the wide displays of apparel in its NYC store will help expose U.S. consumers to its apparel offerings. But the company is also looking to grow its apparel through in-store shops. Gary Slayton, VP of marketing, said ASICS America has about 40 shop-in-shops in running stores and a few sporting goods stores. The roll out in September in 110 shop-in-shops at The Sports Authority and possibly others in the channel in the future holds the potential to particularly jumpstart apparel sales.
On the team sports side, field hockey was introduced in January and lacrosse will be introduced this fall as part of an effort to raise awareness of the brand with younger consumers.
“Running is a core part of everybody's training so it gives us an entre into those sports and we just think that's a way to get in touch with the younger athlete and familiarize them with ASICS,” said Bourne.
ASICS America is also  expanding into golf footwear with a mid-November launch planned at Golf Galaxy.
Regarding the Onitsuka Tiger fashion collection, Bourne said the focus will continue to  be on “very tight distribution”' with only Journeys and Urban Outfitters among the bigger chains carrying the line.
“We want to have that available for the young fashion athlete who wants some fashion statement and is familiar with our heritage and our brand.  But it's not going to be over-distributed. In fact, it's going to be hard to find,” said Bourne. “It's more of a statement product and driving revenues there is not as important to us.” 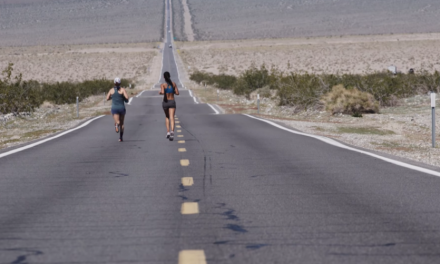