In a statement, Asics America said the fiscal year increase was largely driven by strong sales in the footwear category, including the newest addition, Asics Natural 33 Collection. Additional growth in emerging categories such as tennis and penetration in apparel and accessories also played a significant role in Asics America’s financial progress for 2012. Its volleyball and wrestling categories in the region also found success.

Asics America said it’s on pace to show continued growth in 2013 and is on track to reach its billion dollars sales goal by 2015.

As Asics continuously pushes the limits and expands its product offering beyond running we see the growth and potential to further penetrate new categories, said Asics America’s President and CEO Kevin Wulff, in a statement.  We are thrilled to see the early traction we are already receiving in rising markets and it is a testament to the award winning, athletic performance products we offer.

Gross profit rose 5.8 percent to ¥113.8 billion ($1.15 bn), mainly due to an increase in net sales. Selling, general and administrative expenses increased 8.3 percent to ¥95.2 billion ($963.1 mm) because of the recording of commission paid to distributors as commission fee in line with the recording of net sales at the sales price to end consumers at the Korean subsidiary, in addition to an increase in personnel expenses. As a result, operating income fell 4.9 percent to ¥18.7 billion ($188.8 mm).

In Europe, sales inched up 1.3 percent to ¥61.8 billion ($625.7 mm) but advanced 8.9 percent on a C-N basis, thanks to the strong sales of running shoes. Operating profits were down 5.7 percent to ¥6.6 billion ($67.1 mm) mainly due to a rise in purchasing costs, in spite of a decrease in advertising expenses.

In the Oceanic area, revenues rose 14.5 percent to ¥11.8 billion ($119 mm) and increased 14.5 percent C-N due to the strong sales of running shoes in Australia and a shift in sales to South East Asia from Japan Area to this area. Operating earnings improved 3.0 percent to ¥2.6 billion ($26.0 mm), mainly due to a rise in purchasing costs. 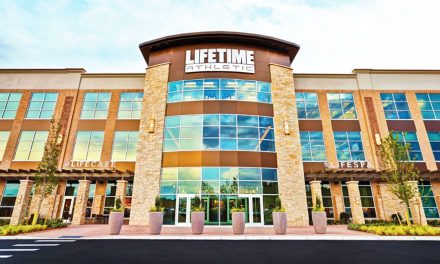