Asics announced that amateur runners Sarah Brown (Ariz.), Benjamin Farrell (Md.), and Kelsey Landrum (Texas) have been selected to take part in the ‘Beat the Sun’ challenge in Chamonix on June 21, 2016.

Asics Beat the Sun is a unique relay race featuring eight intercontinental teams. The teams battle it out around a multi-terrain course in an attempt to become the first to beat the sun around iconic Mont Blanc in the time between sunrise and sunset.

Competing against each other and nature’s clock, the teams have just 15 hours, 41 minutes and 35 seconds to cover the 80.8 mile course. Each runner will complete two relay sections of between 2.8 miles and 10.6 miles, across varied altitude and terrain – including trail, road and alpine – whilst crossing France, Italy, and Switzerland.
Brown, an Arizona native, uses running as an outlet for confidence, adventure, passion, and competition in her life. She will experience all of the above in Chamonix.

Farrell, a senior environmental engineer who lives in Columbia, Md., lists running among many outdoor hobbies, including swimming, biking, endurance sports, kayaking, surfing, snowboarding, hiking, and camping. According to Farrell, “”I am really looking forward to the Beat the Sun Challenge. Running is my escape, my way to connect with nature and helps me stay stress free. Running allows me to set goals and keep a day to day regimen to achieve those goals”.

Landrum is a full-time student at Baylor University. In addition to her academic pursuits, she is also a competitive runner and horseback rider.

Thousands of runners applied for the once-in-a-lifetime opportunity before 50 semi-finalists were selected by Asics trail experts, with the final 24 amateurs chosen following a public vote and an assessment of their motivation to take part.
Three amateur runners and three expert athletes will make up each of the eight intercontinental teams, with three teams from Europe, two from America and one from Oceania, Asia and Africa.

This year a number of retired Olympians will be taking part in Asics Beat the Sun as expert runners. These include Ryan Hall, who holds the record for the fastest marathon by an American – sub 2:05 – 2004 Olympic marathon bronze medalist Deena Kastor and multiple World Champion Dutch sprint speed skater Erben Wennemars.

Despite their athletic pedigree, these athletes face a new challenge as they are taken out of their comfort zones and attempt to transfer their athleticism into running in the unfamiliar and testing conditions of Mont Blanc.
While runners are taking on nature’s toughest challenge in Chamonix, Asics wants to inspire others to complete their own personal running goals before the sun sets on June 21, encouraging the rest of the world to make June 21 a
Global Day of Running.

Those who want to join the Global Day of Running on June 21 can register by joining the Asics #BeatTheSun online community and pledging to commit to running a certain distance on the longest day of the year.

The Asics Beat the Sun race in Chamonix will be broadcast live on Asics’ digital and social channels, and video reports of the race will be distributed on various global networks, inspiring millions of people across the globe. More information can be found at http://beatthesun.asics.com.

Full list of athletes participating in Asics Beat the Sun: 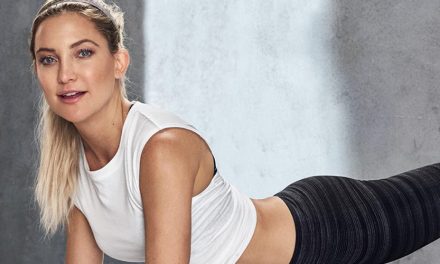