Ashworth Names Director of Sales for Sunice in U.S.

Ashworth, Inc. has named golf apparel industry veteran Chuck Sakmann as director of sales to help launch the companys recently-acquired, Montreal-based Sunice brand of technical outerwear in the United States. The Pennsylvania-based Sakmann also will manage the Ashworth business in the northeast U.S.

Over the past 15 years, Sakmann has worked as a business owner who founded Firethorn apparel, a turnaround consultant and executive for Tommy Hilfiger golf, and currently owns and operates a multi-line manufacturers rep agency and the Bob Timberlake apparel brand.

“I am very fortunate to have worked with some great brands in the golf industry and have tremendous respect for Ashworth,” says Sakmann, who is entering his 30th year in the golf industry. “I have seen Ashworth as a competitor and realize its unique position in the market as an original golf lifestyle brand. I also have been a fan of the Sunice product, having been an avid golfer and skier for 40 years. Many of the Ashworth sales team have worked with me previously in my career, and I am very happy to be associated with what I believe is the golf industrys premier apparel sales force.”

Sakmann has observed the golf industry from all levels during his career, which he began with Ernie Sabayrac, Inc., as a manufacturers rep in the Carolinas section representing Izod/Lacoste, Haymaker and Palm Beach clothing. He worked as Izod/Lacostes Southeast regional manager and womens wear national sales manager. During his tenure as Izod/Lacostes president from 1985-1993, Sakmann oversaw the business turnaround and launched the Izod Club label, which, by 1993, became the largest green-grass apparel label in the United States.

“We are absolutely thrilled to have a seasoned, well-respected veteran like Chuck join our team,” says Allan H. Fletcher, Chief Executive Officer of Ashworth, Inc. “Chucks reputation in the industry is impeccable, and his addition makes our already strong sales team even more formidable.”

Ashworth expects to launch the new golf-related technical outerwear line during 2008 in the United States, the United Kingdom, Ireland and Europe. Ashworth Inc. acquired the Sun Ice and Sunice trademarks from Fletcher Leisure Group Inc. (FLG) in mid-January. Ashworth established a wholly-owned subsidiary, Sunice Holdings, Inc., which will own the Sun Ice and Sunice trademarks and be entirely focused on the new technical outerwear line. The product line will be concurrently marketed by Ashworths existing sales and marketing team dedicated to Ashworth-branded apparel. FLG will provide design services for Sunice Holdings Inc. and facilitate sourcing relationships for the new outerwear line. 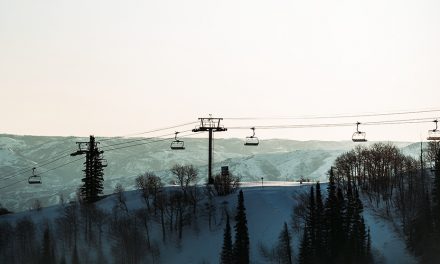