The American Sportfishing Association (ASA) and the city of New Orleans hosted the 2011 Sportfishing Summit October 12-14, with industry leaders representing more than 100 companies and organizations from the United States, Canada and around the globe meeting to discuss the issues impacting recreational fishing. The 2011 Summit focused on the global economy and China in particular; the Gulf Coast restoration efforts; getting Americans outside through the administration’s America’s Great Outdoors Initiative; and the ever-evolving role of social media in business.

“From general sessions to association committee and board meetings, the 2011 Sportfishing Summit provided a wide-range of business, information and networking opportunities for our members,” said Frabill CEO and ASA’s board of directors Chairman Jeff Marble. “We know that attending the Summit is an investment of our members’ time and resources and I want to thank everyone who took advantage of this outstanding opportunity to help ensure a prosperous future for our industry. I especially want to thank Governor Bobby Jindal for taking the time from his busy schedule to address our members.”

On Thursday, October 13, Governor Jindal gave a keynote address in which he emphasized Louisiana’s resilience in the face of overcoming the almost impossible challenges of Hurricanes Katrina and Rita and the April 2010 Deepwater Horizon oil spill disaster. Jindal also presented ASA’s Future of Fishing award to Jack Lawton, founder of the Coastal Conservation Association of Louisiana and the Center for Coastal Conservation, for his decades of service to ensure recreational fishing’s future.

“Governor Jindal’s enthusiasm for recreational fishing and his pleasure of being with us at the Summit was felt by everyone in the audience,” said ASA President and CEO Mike Nussman. “In fact, a number of members told me that this year’s Summit was one of the best they had attended and that the speakers, the committee meetings and the networking opportunities were relevant and useful. That sets a high bar for us in 2012, but we have every intention of meeting, and surpassing, that bar.”

ASA’s other national award, the Norville Prosser Lifetime Achievement Award, was presented to Plano Molding Company’s Senior Vice President Randy Lemcke for his decades of service to the association and the sportfishing industry.

“Randy’s humble nature and earnest desire for results before his own need for recognition have kept him out of the limelight, but I assure you, no one is more deserving of this award than Randy Lemcke,” stated Nussman.

The administration also showed its support of recreational fishing with a keynote address by the U.S. Fish and Wildlife Service (USFWS) Director Dan Ashe who outlined what the USFWS is doing to engage people in the great outdoors while also conserving our nation’s natural resources. Ashe also met with the Government Affairs Committee to discuss recreational fishing issues.

In his welcoming remarks, Randy Pausina, Assistant Secretary for Louisiana’s Department of Wildlife and Fisheries, emphasized the importance of merging science with recreational fishing to help ensure the future of Louisiana’s natural resources and the people who enjoy them. He also provided an overview of the department’s public outreach efforts to get anglers back on the water in the wake of the Deepwater Horizon oil spill.

ASA was also host to Geir Robinson, Vice President of Claims for BP’s Gulf Coast Restoration Organization. Robinson provided an overview of what BP is doing to help restore the Gulf Coast area since the April 2010 oil spill and prevent it from occurring again. Robinson engaged in a lively question and answer session with Summit attendees during the packed session.

Michael Colopy and Marc Gorelnik, experts in leadership and policy in China and trademark and unfair competition laws, respectively, provided an overview of foreign policy and trade issues.

Brian Solis, a leading business strategist on the impact of social media on business and culture, provided a through and enlightening overview of how to effectively compete in the new era of digital Darwinism. Shari Boyle and Ken Johns, from the Brunner Group, located in Pittsburgh, Pa., expanded on Brian’s remarks with how they are using social and digital media to support the Recreational Fishing & Boating Foundation’s efforts to engage more people in fishing and boating.

The 2012 Sportfishing Summit is scheduled for October 9-11, at the Westin Hilton Head Island Resort & Spa in Hilton Head, S.C. 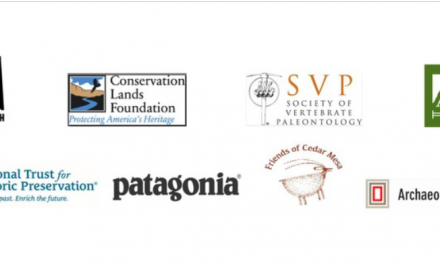