Arapahoe Basin launched Colorado’s ski season at 9 a.m. Wednesday morning amidst blowing snow and energetic whooping and hollering. The resort opened today with lift served skiing and snowboarding, making it the first ski resort in the United States and Colorado to officially open for the 2012/13 season.

After a long summer, low temperatures and cool nights allowed snowmakers at the area to make snow–assisted by Mother Nature’s occasional dustings–throughout the previous weeks. The cold temperatures and the traditionally competitive Opening Day race fueled enthusiasm among skiers and riders, and once again propelled Colorado to the forefront of skiing and snowboarding.
“There has been an infectious optimism about the ski season ahead,” said Colorado Ski Country USA president and CEO Melanie Mills. “Strong pass sales over Labor Day weekend were a pre-cursor to the recent chatter we’ve seen on social media, and the buzz has gathered momentum with snowfall in the mountains. The combination of cooperative weather, diligent work from Arapahoe Basin’s snowmakers and pent up excitement from loyal skiers and riders has culminated in today’s spectacle: hundreds queuing up to ski their first runs of the season. It’s official, Colorado is open for ski business.”
During the last 10 years, the traditional race to open has been a friendly, yet competitive affair. Last year’s surprise candidate, Wolf Creek, opened on October 8 after an early season storm piled up 44 inches. The excess snow almost precipitated Wolf Creek beating out Loveland’s record 2009 opening of October 7 for the earliest this century. Loveland still holds the earliest opening (Oct. 7, 2009), most victories (five and one tie), and deepest Opening Day base depth (24 inches in 2004), in the past decade.
Today, Arapahoe Basin opened Black Mountain Express lift servicing the intermediate High Noon trail, which is 1,000 feet long, and has an 18-inch base that was complete after 12 days of snowmaking.
Colorado’s Opening Day extravaganza–the cultural ski enthusiast’s holiday–witnessed approximately 2,000 people testing out Arapahoe Basin’s product. The prevailing enthusiasm for the upcoming snow season was punctuated by a temperature of 21 degrees as first chair departed for the top of the mountain.
It is anticipated that Loveland Ski Area will be close on the heels of Arapahoe Basin in its Opening Day quest. With other Colorado resorts also making snow, CSCUSA projects that more resorts will open in the next several weeks.
Below is a current list of scheduled opening dates for CSCUSA member resorts*.

*All dates are based on snow conditions and are subject to change.

Subscribers Offer Their View of Inflation and Price Increases 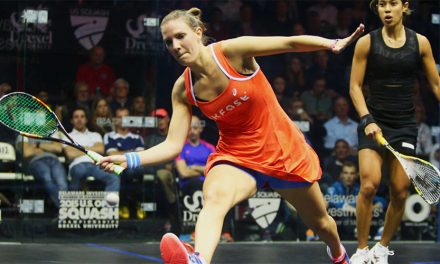