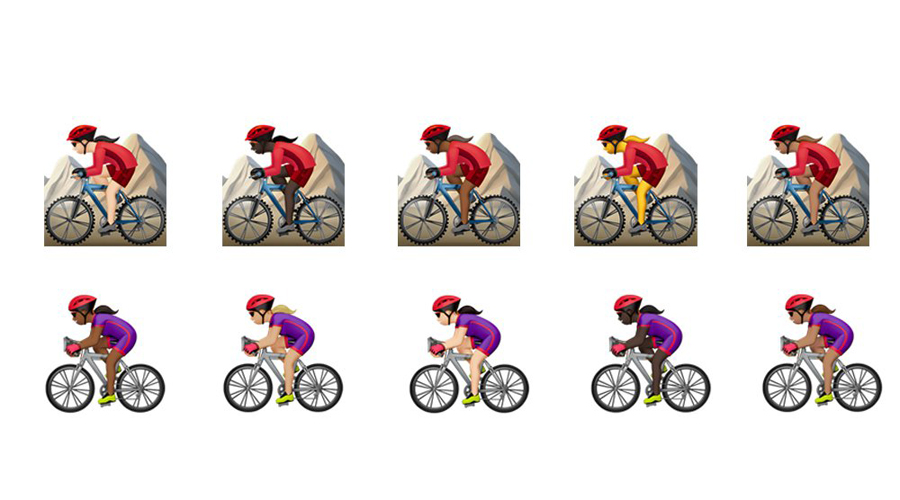 The recognition of women cyclists has officially reached the masses as Apple added a selection of female riders to its emoji bank for iPhone users.

And it’s about time.

In May of last year, PeopleForBikes, which includes both an industry coalition of bicycling suppliers and retailers as well as a charitable foundation, reported that the gender gap in biking is less than many expect.

“We surveyed more than 16,000 individuals and weighted that sample to represent the U.S. population. We found that 104 million people — a third of the population — rode a bicycle last year and of those, 45 million (43 percent) were women compared to 59 million men (57 percent),” said a representative for the organization. “Our findings revealed less of a gender gap than the 2009 National Household Travel Survey,  which (using a different methodology) found that just 24 percent of bicycle trips were made by women.”

Within the segment of women cyclists, PeopleForBikes found the majority ride for recreation (29 million), while the minority ride for transportation (3 million). Between those numbers, 13.5 million were reported to ride for both.

Another statistic showed that parents have a higher preference for riding bicycles, with both women and men with children reporting higher participation levels.

The new emojis depict a woman in an endurance bicycle ride. Customization features to match different skin tones and hair colors are new in the iOS 10 update. The emojis also diversify between mountain biking and traditional cycling.