The longest-serving officer in ATC’s 85-year history, Startzell has been executive director since November 1986.

The week Startzell began work at ATC, the U.S. Senate was refining amendments to the 10-year-old National Trails System Act. That statute brought the legendary footpath into the national park system as a national scenic trail and authorized acquisition of lands to protect it. Nonetheless in 1978, 45 percent of the Appalachian Trail was still on private land or literally on roads and threatened by development. The ATC-sought amendments would add teeth to the original authorization and approve a wider land buffer. It also added money to the original commitment to protect forever the nation’s premier hiking path and reestablished the volunteer-based ATC’s role in its care.

The amendments became law that March. Every spring since, Startzell-usually with a volunteer board member-has been the A.T. community’s consistent presence on Capitol Hill, briefing members of Congress from 14 states on the value of securing this land. Today, almost $200 million has been appropriated or contributed by private donors. Less than one-half of one percent of the footpath remains outside public ownership (but under negotiation for purchase), and the conservancy is the leading private-sector player in caring for those 250,000 acres of public land.

In 1995, the Department of the Interior, which has primary federal responsibility for the trail, presented Startzell the Conservation Service Award, its highest civilian honor, in recognition of that effort-one of a string of similar honors accorded him or ATC during the last two decades.

In a message to the nonprofit organization’s members, Startzell said, “I was inspired to join the staff of the Conservancy so many years ago for two primary reasons: the opportunity to contribute toward the conservation of the Appalachian National Scenic Trail and adjacent lands to preserve a significant slice of our priceless eastern American landscapes, and the opportunity to nurture and to grow the capacity of citizen volunteers to make meaningful contributions to the stewardship of the trail and associated natural and cultural resources.

“I will leave with the knowledge that, working with our many federal and state agency partners, with the U.S. Congress, with six different presidential administrations, and with many organizational partners in the conservation community, we have achieved one of the most successful land-conservation undertakings in the history of the United States,” he said.

Unlike land-acquisition programs for traditional national parks, which typically involve large tracts surrounding a specific resource, the Appalachian Trail program involved more than 3,700 slices of small tracts along 2,181 miles of footpath. It was enough for an average buffer of only 1,000 feet across the ridges and valleys of the populous East. Acquiring them meant decades of planning with National Park Service and USDA Forest Service partners, often contentious public-information meetings in some counties in tandem with those same partners, and fair-market-value negotiations by federal and state lands staffs.

Then, once lands were acquired, ATC’s job was not only to manage them for the public’s benefit and the protection of the natural and cultural resources on them, but also to defend them against encroaching highways, utilities, and incompatible ski-resort expansions. That meant not only developing the resources needed to mount such defenses but also developing a staff and resource-management programs to, in effect, assume all the roles of a traditional, federally funded national-park operation except law enforcement and some legal-compliance duties.

One sign of the success of the organization in the years since is that many of the counties where opposition to land acquisition was the fiercest in the 1980s today celebrate the trail as an economic-development asset, fight on their own for its protection, and participate in new ATC school-teacher and community programs developed under Startzell with crucial involvement from the National Park Service and Forest Service.

When Startzell was hired by ATC in 1978, the staff was literally a handful, the budget was $262,000 from three revenue streams, assets were $265,200, and membership was perhaps 12,500. He became resource-protection director in December 1979, and regional offices (now four) followed, to bring the staff closer to its clubs and agency partners. He went on to directly manage at one time or another all of the organization’s activities except accounting.

He served as acting executive director for most of 1980 and into 1981 during a financially difficult time. After a sitting board member was recruited to serve the next five years, he was appointed chief executive officer with a membership of about 17,000, a staff of 18, and a budget of $1.2 million. Today, ATC has a membership of about 38,000, a volunteer corps of more than 6,000, a staff of 45, assets of $12.4 million (including more than 40 tracts of land and almost 60 easements), and a debt-free budget of $7.3 million from more than a dozen revenue streams.

Startzell, 61, also has worked with the Partnership of the National Trails System confederation, on the executive committee of which he served more than a decade; the American Hiking Society, where he eventually served two terms as chair; and the fledgling American Friends of the Lebanon Mountain Trail, for which he now serves as a board member. In the mid-1980s, he served as chair of a federal task force that produced Trails for All Americans, a report on national trails planning that was the centerpiece of a project of the National Park Service and American Trails. The following decade, he served on a federal task force developing guidelines for increasing access to outdoor-recreation resources for disabled persons.

He first became involved with the Appalachian Trail through work trips with the Smoky Mountains Hiking Club while a graduate student in planning at the University of Tennessee, following his 1971 graduation with a sociology degree from Miami University of Ohio. He held a number of consulting positions while a student in Knoxville and, for a year prior to joining the ATC staff, was an assistant in the planning department of the city of Oxnard, Calif.

He told ATC members in a message for the current issue of A.T. Journeys magazine that he feels the organization is on firm footing for the future. “I believe ATC, working with our 31 affiliated trail-maintaining clubs as well as independent volunteers, has played a key and essential role in a remarkable story of citizen engagement. Hardly a single day has passed in my many years at ATC when I have not been in awe of the extraordinary dedication that is demonstrated day after day by our cadre of volunteers, and I know that ATC and many of our partners are committed to developing new approaches to welcome, and to cultivate, the next generation of citizen volunteers who will continue to provide the soul of the Appalachian Trail well into the future,” he wrote.

Conservancy Chair J. Robert Almand, a volunteer from Suwanee, Ga., is directing the search later this year for a new executive director. Plans also are being developed to establish an endowment in Startzell’s honor.

The ATC was founded in 1925 by volunteers and federal officials who were working to build a continuous footpath along the Appalachian Mountains. It is focused solely on preserving and managing the Appalachian Trail to ensure that its vast natural beauty and priceless cultural heritage can be shared and enjoyed today, tomorrow, and for centuries to come. Volunteers typically donate more than 200,000 hours a year on trail-related work.

The trail’s national offices, with a visitors center open seven days a week, have been located in West Virginia near the trail since 1972. Further information on its programs, as well as hiking information, is available at www.appalachiantrail.org. 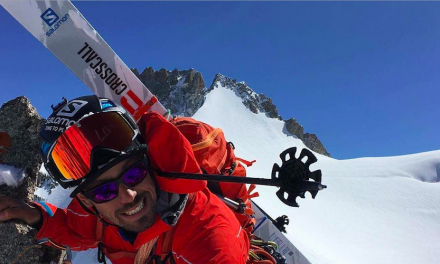