The AND1 Basketball and apparel brand announced the signing of Isaiah Canaan and Jamaal Franklin, two up and coming NBA prospects to join the growing list of professional basketball players to endorse AND1.

AND1's only current NBA player under contract is Lance Stephenson, Jr. of the Indiana Pacers, although it has a number of streetball players under its roster.

Canaan, a 6-0, 188-pound point guard from Murray State, was selected by the Houston Rockets of the NBA in the second round of the 2013 NBA Draft, the 34th overall selection. Franklin, a 6-5, 191-pound forward from San Diego State was a second round pick by the Memphis Grizzlies, the 41st overall section in the recent NBA Draft.

Canaan and Franklin join AND1 Basketball ambassador Lance Stephenson of the Indiana Pacers who re-upped with the popular basketball shoe and apparel company in June, 2013 after a break-out season with the Pacers where he helped lead the team to the 2013 Central Division title and a 49-32 regular season record to advance to the NBA’s Eastern Conference Finals.

“Isaiah Canaan embodies the AND1 brand because he honors the game with his hard work, energy, dedication and great attitude,” said Maurice Levy, director of marketing for AND1. “He doesn’t take anything for granted and that’s one of the things we liked most about him.”

Canaan, currently projected as a back-up to Houston’s Jeremy Lin at point guard, was the Ohio Valley conference Player of the Year in 2013 as he finished his collegiate career as part of the winningest class in Murray State history (106 victories). He averaged 21.8 points, 3.5 rebounds and 4.3 assists per game while playing 36.5 minutes and shooting 37-percent from the three-point line and over 82-percent from the free throw line.

Franklin joins AND1 as one of the top prospects for the Memphis Grizzlies after leading the San Diego State Aztecs to the NCAAs for the third consecutive season. The small forward averaged 17 points, 9.5 rebounds and 3.3 assists and 1.6 steals per game while playing 33 minutes. He was the only player in NCAA Div. 1 to lead his team in scoring, rebounding, assists and steals. Franklin earned All-Mountain West conference honors for both 2012 and ‘13.

“Jamaal Franklin fits the AND1 mold because he knows he has to earn his way to the NBA through hard work,” said Levy. “He has a lot of potential and is determined to make an impact for Memphis. Plus, he competes every night, is an excellent rebounder and passes the ball and he can jump through the roof.

“We’re very proud to have both Isaiah Canaan and Jamaal Franklin wearing the entire line of AND1 basketball shoes and our apparel this season,” added Levy. “We can’t wait to get the basketball season started up again.”

The AND1 basketball apparel and sneaker brand, launched in Philadelphia in 1993, is currently owned and operated by Galaxy Brands of New York who acquired the business and orchestrated its revival. 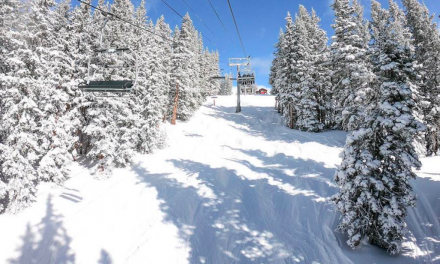