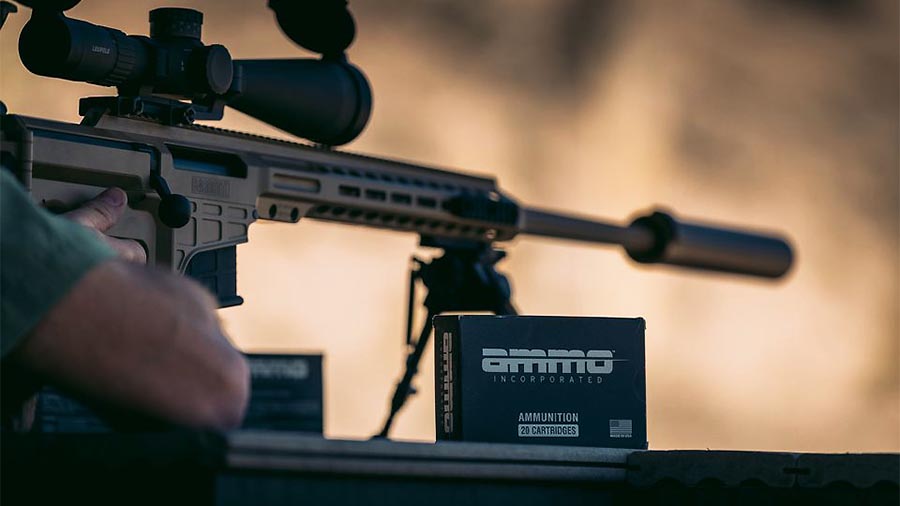 With the recent opening of its manufacturing facility in late July, along with the ongoing enhancements to the GunBroker.com marketplace platform, Ammo reiterated its guidance for over $300 million in revenues and Adjusted EBITDA between $108 million and $111 million for Fiscal 2023, with projected annual growth rates of 25 percent and 45 percent, respectively.

“With our revenue momentum continuing into Fiscal 2023, Ammo’s management team and board completed a detailed analysis and assessment of our operations, business units, and growth opportunities, all with the goal of unlocking and enhancing shareholder value. With this analysis, and with the support of our advisors, the Board has determined that the optimal path for unlocking shareholder value is through the separation of these divisions into two separately traded companies” said Fred Wagenhals, Ammo’s chairman and CEO. “We believe this separation will allow investors to more appropriately value the business models of each segment and create greater shareholder value by facilitating the expansion and value we have created in both brands while pursuing compelling and distinct growth opportunities.”

“Our entire team remains singularly focused and committed to working collectively through this transformational process to best position each company with the right team members and full spectrum of resources to continue to deliver exceptional products, innovation, and an overall enhanced experience for the outdoor sporting and shooting enthusiast. The reiteration of our 2023 outlook reflects our ongoing confidence that both companies will continue to grow revenues, enhance margins, and drive even greater shareholder value as we move towards these strategic goals,” concluded Wagenhals.

Its gross margin percentage decreased temporarily to 29.8 percent in the current quarter. This was primarily attributable to near-term cost of materials increase, as well as additional labor for a new facility, and overhead costs in preparation for the late July opening of its new manufacturing facility. Management’s informed opinion is these cost increases are temporary and should swiftly subside as its new plant becomes fully operational, which the company expects to be by the end of its second fiscal quarter.

Ammo said, “We believe our gross margins will increase in the second half of this fiscal year as we add a host of operating efficiencies through the fully integrated and ramped up operation of our new production facility, while we continue to grow sales through new markets and expanded distribution. Our goal in the next 12 to 24 months is to continue to improve our gross margins. This will be accomplished through the following:

“Overall, our operating expenses for the quarter increased by approximately $3.8 million over the three months ended June 30, 2021, or 140 basis points as a percentage of sales as a result of a full quarter of GunBroker.com in comparison to a partial quarter in the prior year period due to the timing of the 2021 GunBroker acquisition. We expect to see administrative expenditures decrease as a percentage of sales in the 2023 fiscal year, as we leverage our work force and expand our sales opportunities.”

Operating expenses includes non-cash depreciation and amortization expense of approximately $3.4 million for the period and consisted of commissions related to its sales increases, stock compensation expense associated with issuance of its Common Stock in lieu of cash compensation for employees and board members during the period. Operating expenses included noncash expenses of approximately $4.6 million.

“Our goal is to continue to improve our operating results as we focus on increasing sales and controlling our operating expenses through the integration and fully ramped up operation of our new manufacturing facility, coupled with the expanded leveraging of the GunBroker.com Marketplace,” said Wagenhals.