Americans are more focused on improving their health and wellness than their finances in 2020, with only 14 percent of people including financial planning as a resolution in 2020 – down from 18 percent last year. In addition, when asked about their top focus areas for the New Year, more than half (51 percent) of Americans said health and wellness while only 27 percent chose financial stability.

These are some of the findings from the annual New Year’s Resolution Study conducted by Allianz Life Insurance Company of North America (Allianz Life®). The study found baby boomers are the generation most focused on their health and wellness at 63 percent, compared with 49 percent of Gen Xers and 40 percent of millennials. This is more than twice the number of boomers that said they are planning to focus on financial stability in 2020, at just 28 percent.

This commitment to health and wellness even extends to American’s who are struggling to meet their retirement goals. Nearly four in 10 (39 percent) of those who “don’t think they’ll be able to retire” still prioritize health and wellness over financial stability (33 percent) in the New Year.

Financial Risks to Longevity
“People focus on health and wellness with the hopes of potentially living longer, but they aren’t setting themselves up financially for a longer life,” said Kelly LaVigne, vice president of consumer insights, Allianz Life. “We all want to live longer, but not many people are planning for how they will actually pay for it.”

Boomers are especially focused on their wellbeing, and nearly a third cite increasing healthcare costs as the greatest risk to their retirement in the next year. Yet, when asked to name one thing they could do in the New Year to reduce risk to their planned retirement, only 7 percent said they could put more money into a fund to pay for future healthcare costs, like an HSA.

“In general, people are living longer, and with that longevity comes greater risks to outliving your money,” said LaVigne. “Retirement income planning can help and should be a crucial part of every financial plan, but just one in 10 boomers said creating a plan for how they will spend their savings in retirement could help reduce their retirement risk.”

Despite the lack of focus on financial planning in 2020, the majority of Americans aren’t too worried about their finances or prospects for a successful retirement. Currently, one in five people say they don’t see any risks to their retirement in 2020. What’s more, likelihood of seeking help with financial planning from a financial professional is on a steady decline over the past three years, currently at only 27 percent (down from 32 percent in 2017 and 31 percent in 2018).

“The fact that people plan to focus less on their finances is concerning,” said LaVigne. “While it’s great to be optimistic about your financial situation, it’s also important to be realistic about certain retirement risks and the steps you can take to mitigate those risks in the year ahead.” 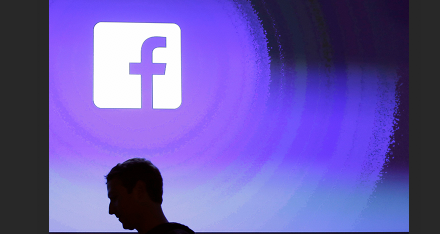