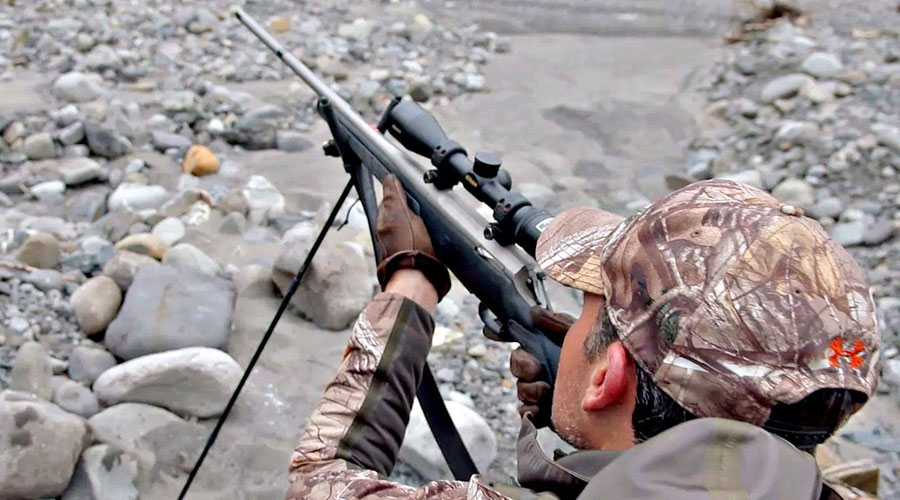 On a conference call with analysts, James Debney, president and CEO, noted that firearms orders underwent a “very robust period running up to the Presidential election” with the expectation that Hillary Clinton would win, and now have to work through that inventory.

“I think a number of retailers did make some bets on a different outcome, the presidential election,” said Debney. “So they called that wrong. And I think that’s left somewhat of an inventory overhang over there.”

He also said retail traffic has “slowed” in general to exacerbate the issue of reducing currently high inventories.

The industry had undergone a run-up in firearms sales during the Obama administration that was triggered by concerns over additional gun-ownership regulations. The FBI processed twice as many firearms checks in 2016, the last full year of President Obama’s administration, than it did in 2008, the year Obama was elected. With the arrival of the Trump administration, reduced regulations over gun ownership have already come.

Debney said the growth in the quarter in firearms, which accounted for 85 percent of its sales, was supported by promotional programs, new product launches and a consumer preference for its M&P branded firearms.

Revenue from outdoor products and accessories more than doubled to $39.4 million, largely dye to the acquisitions of Taylor Brands, Crimson Trace and Ultimate Survival Technology (UST). Without those acquisitions, organic growth in outdoor accessories grew 4.8 percent.

On the call, Debney said firearm revenues were supported by promotional programs, new product launches and a consumer preference for its M&P branded firearms.

Distributor inventory of firearms increased by 54,000 units to a total of 243,000 at the end of Q3. Debney said that at this level, the company’s weeks of sales in the channel were above its targeted eight-week threshold. He added, “This build-up coincides with the softening of the consumer firearms market.”

He also noted that adjusted NICS background checks declined 9.6 percent during the quarter while its firearm unit shipped into the consumer channel for the same period declined just 1.3 percent. He said the background checks decline wasn’t unexpected given the surprise presidential win, but the company was surprised by a 19 percent NICS decline in handgun checks as compared to long guns, which declined just 2.7 percent.

The decline in handgun-related NICS checks occurred mid- to late-quarter, down 30 percent in December and 29 percent in January.

“These declines demonstrated a reversal of the recent trend of handgun NICS outperforming long gun NICS,” said Debney. “Given the handgun comprised approximately 80 percent of our firearms shipped in Q3, that change in consumer purchasing is impactful for us.”

Debney said the gun check shift was the reason the company adjusted its guidance while also noting that they’re uncertain what drove the change. Said Debney, “I don’t have enough intel yet given that I think that inventory of long guns in the channel as well to really understand the consumer demand here and the mix of that. But, I will say we are working hard to do that.”

Going forward, Debney said the company plans to exercise its flexible manufacturing model that uses outsourcing to balance production schedules as they’ve employed during “past periods of demand fluctuation.”

“I hate to lose market share. And we will react if we see that we are losing market share. But, always we have 37 percent to 41 percent gross margin right in front of us. And we are not going to compromise that,” he said.

Still, he said that many assumptions around demand this year is coming largely from “one data point” – January’s background checks – and the company is “eagerly awaiting” checks for February to see if the pattern continues. While an overall slower time for gun sales, February and March generally seen an uptick in sales with tax refunds arriving.

Debney also noted that firearms “remain extremely popular” and pointed to a new study from the National Shooting Sports Foundation that underscored strong fundamentals around gun purchases. They included personnel and family protection remaining the strongest motivator for consumers purchasing firearms, the popularity of target shooting and an increasingly expanding and diverse group of gun buyers. Today, 35 percent of firearm buyers are young and ethnically diverse, while 38 percent are female, according to the report.

“We believe these are positive long-term trends that are well-matched with our existing firearm and accessory products. And our new product development plan,” he said.

He concluded, “Our firearm business has proven over time to be a tremendous generator of cash, which has allowed us to strategically invest in growth and diversify our company into new markets.”

Company officials also said its guidance takes into account a potential bankruptcy of Gander Mountain that’s been speculated in recent media reports. Jeff Buchan, CFO, said, “It’s unknown whether that would actually occur, but if it does, there is no risk to our Q4 guidance.”