Golden Gate Capital announced that the company has established a new operating company, PSEB Group. PSEB will be composed of two Golden Gate portfolio companies, Eddie Bauer and Pacific Sunwear of California. In connection with the establishment of PSEB, Golden Gate will invest additional equity in PSEB to support the company’s growth.

JC Penney has partnered with Fanatics Inc. to open 325 Fanatics in-store shops selling team apparel. An additional 325 Fanatics destinations will be open by the back-to-school season.

The 2026 FIFA World Cup will be staged in Canada, Mexico and the United States. On Wednesday, the 68th FIFA Congress convened in Moscow and designated the three countries as the hosts of tournament, which by then will be played with 48 teams.

Dassault Systèmes announced that the company has entered into a definitive agreement to acquire a majority stake in Centric Software, a provider of product lifecycle management software solutions.

Gap Inc. appointed Neil Fiske, the former CEO at Billabong and Eddie Bauer, as president and CEO of Gap brand.

The American Medical Association (AMA) endorsed a slate of gun control measures, including a ban on assault-type weapons. The nation’s leading organization of medical professionals described gun violence as a “public health crisis.”

With FIFA World Cup 2018 starting in Russia, Adidas is sponsoring 12 of the 32 teams, a slight edge over Nike, at 10. Puma has four teams, New Balance has two and Umbro has one team, Peru.

Swix Sport Group announced Wednesday that the company has changed the company’s name to Brav—reflecting the group’s evolution into a house of brands with a total turnover of more NOK 1 billion.

The Conservation Alliance board and membership elected Amy Beck, brand manager at Waypoint Outdoor, and Kate Larramendy, design and sustainability adviser at Toad&Co., to serve on the organization’s board of directors.

Boise State and Nike have agreed to a six-year contract extension valued at an average of more than $2 million per year, Director of Athletics Curt Apsey announced.

Grendene USA, the U.S. distributor for sandal brands Rider, Ipanema, Grendha, Zaxy and Cartago, announced that Kelly Schmidt has joined the company as the director of sales and merchandising for Rider and Cartago.

Slackline Industries, the manufacturer of slacklines and slackline systems, has contracted In-Sport Fashions Inc. as the company’s official Canadian distributor.

Vasque announced the company’s domestic sales agency of the year and global distributor of the year on the eve of the Grassroots Outdoor Alliance tradeshow in Knoxville, TN, this week.

Seattle, WA-based action sports, lifestyle and outdoor retailer Evo has opened a retail and demo center in Loge Camps in Bend, OR.

PJ Solomon, the investment banking advisory firm, announced the appointment of Matthew Rubel as a senior adviser to the firm. Rubin was the former CEO of Varsity Brands and Collective Brands.

Benelli USA announced the addition of Bret Maffett as the company’s product manager for the Franchi brand and the accessories category.

Vail Resorts Inc. announced that Chairman and CEO Rob Katz has exercised stock appreciation rights (SARs) that were expiring over the next two years and will be donating 100 percent of the shares and proceeds received to his family charitable foundation and donor advised charitable fund.

Nike confirmed Monday the company had stopped supplying Iran’s football team with boots ahead of the World Cup due to sanctions.

Asics set ambitious new targets for 2030, including reducing the carbon footprint of the company’s own operations by 33 percent.

Leki announced that Grace Winklemann of Wisconsin is the winner of the 2018 Leki full-ride scholarship to the Ligety-Weibrecht Ski Camp.

Reebok hired Karen Reuther, who formerly worked for Nike and Cast Collective, as global creative director for the company.

Smartwool has signed on as the official sock of the GoPro Mountain Games.

Yue Yuen reported consolidated operating revenue of $876.4 million in May versus $809.5 million a year ago, representing a gain of 8.3 percent.

Newell Brands Inc. announced that the company’s board of directors has approved an expansion to the company’s stock repurchase authorization. 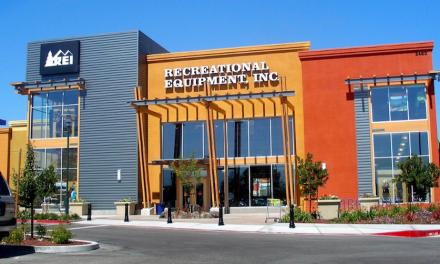