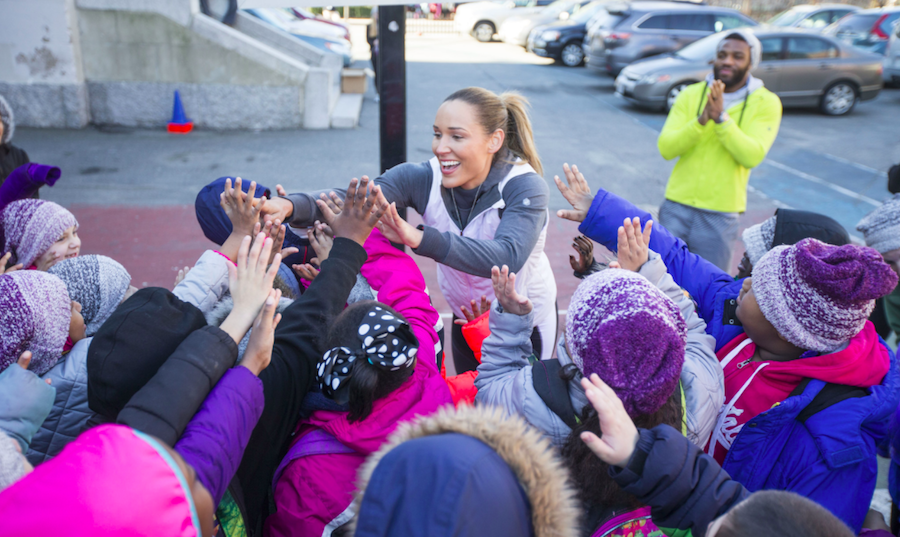 Both REI and Canada’s MEC (Mountain Equipment Co-op) late Thursday said they have suspended orders from Vista Outdoor due to the company’s manufacture of semi-automatic rifles. Vista Outdoor’s brands in the outdoor and cycling space include Bell, Blackburn, Bollé, Bushnell, CamelBak, Camp Chef, Giro and Jimmy Styks. CamelBak issued a statement on the changes.

Under Armour announced that Karl-Heinz (Charlie) Maurath will retire as its chief revenue officer effective March 31.

Asics officially opened its doors to the brand’s new Creation Studio at 125 Summer Street in Boston. The Creation Studio brings together teams driving key areas of the business, including footwear apparel, equipment, marketing, digital and commerce. Asics now holds a significant bicoastal presence in the U.S., in both Irvine, California and Boston.

Perry Ellis International announced its board of directors has authorized a special committee of independent directors to evaluate the February 6, 2018, proposal from George Feldenkreis to acquire all of the outstanding common shares of Perry Ellis not already beneficially owned by Feldenkreis.

Compass Diversified Holdings, the owner of Crosman, 5.11, Liberty Safe and other middle-market brands, reported a sharp gain in earnings in the fourth quarter ended December 31 due to a tax benefit. Cash flow from operations improved slightly.

Kroger, the nation’s largest grocery chain, said it will stop selling guns and ammunition to customers who are younger than 21 years old. Kroger sells guns at 43 of its 133 Fred Meyer locations in Alaska, Idaho, Oregon and Washington.

Canada Goose Holdings celebrates its 10-year relationship with Polar Bears International (PBI)–an organization dedicated to the preservation of polar bears and their habitat–by announcing the creation of its signature ‘PBI Blue’ color as a customized Pantone shade, just in time for International Polar Bear Day.

Reed Exhibitions appointed Ron Walden as group vice president and head of the Fashion & Festival portfolio, which include the Agenda Shows, Agenda Festival and ComplexCon.

Ann Krcik, senior director of brand communications and outdoor exploration at The North Face, passed away after a battle with cancer.

Vans launched its first customer loyalty program. Vans Family is an interactive and intuitive loyalty program designed to recognize, reward and celebrate Vans fans for who they are and what they like to do.

Boardriders Inc., the parent of Quiksilver, Roxy and DC Shoes, is announcing several memorial ceremonies to celebrate the life of Pierre Agnes.

DC Shoes announced the appointment of Michael Minter as global head of marketing.

Asics announced that it has concluded a multi-year global agreement to become a Global Development Partner of The International Triathlon Union (ITU).

Nathan, a specialist in hydration, visibility and performance gear, announced the extension of a multiyear sponsorship with the Ragnar Relay & Ragnar Trail Series, which is the largest overnight running relay series in the world.

New Balance has signed on as the official footwear and apparel partner of the New York Mets and their Citi Field ballpark.

REI and Athleta announced plans to bring a curated selection of current Athleta apparel to 14 REI stores and REI.com this spring.

A European court has ruled for Adidas in an infringement case against a Belgian footwear company. Adidas had been seeking to block two trademarks for parallel stripes on shoes filed by a Belgian firm, Shoe Branding Europe, saying it infringed on Adidas’ iconic three-stripe design.

Farm to Feet announced that they have appointed Allen Breeding and Associates to represent the brand in the South-Central states and Amy Brown and Associates in the Mid-West.

Hillsound Equipment, a leading producer of winter traction equipment and gaiters, partnered with HannaWear Sales to further its distribution in Canada.

According to Golf Datatech, golf rounds played were down 5.4 percent in January, with the Eastern part of the country particularly impacted by weather.

ADA and NBS have once again partnered to co-locate their 2018 Spring & Summer Athletic Shows. The joint event will be held at the Hyatt Riverfront Hotel in Jacksonville, FL.

PHIT America is launching PHIT America Month (PHITMonth.org) in May to promote and encourage millions of Americans to learn and enjoy the opportunity to be physically active, exercise, and play sports.

The Sports & Fitness Industry Association (SFIA) is joining forces with the American College of Sports Medicine (ACSM) to lead the campaign for chairman of the President’s Council, on behalf of former Heisman Trophy winner Herschel Walker.

ISA TanTec announced that it has signed definitive agreements to acquire the Auburn Leather brand, business and assets with closing in Q2 2018.