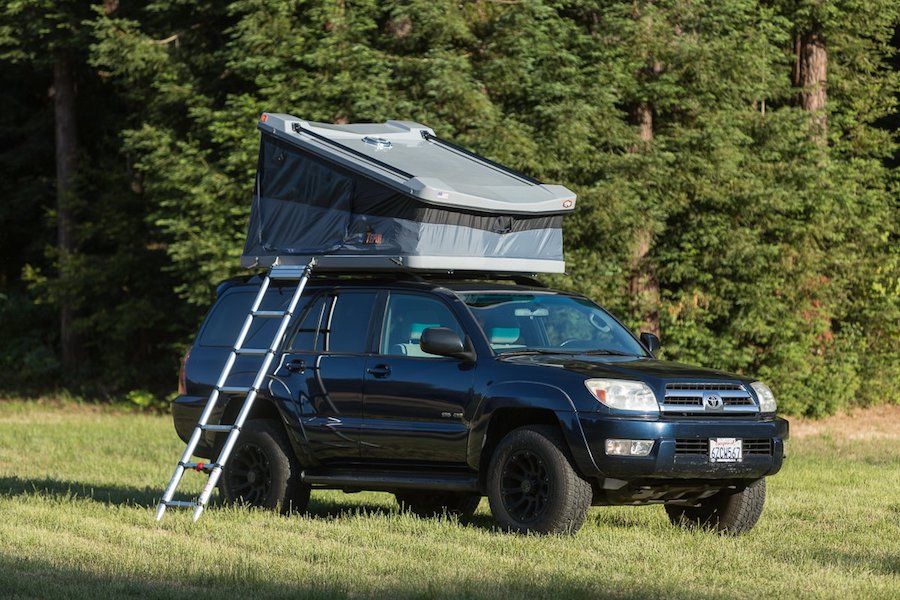 Thule Group has announced the acquisition of rooftop tent maker Tepui Outdoors Inc. for $9.5 million. This acquisition will further enhance the Thule Group’s expanding portfolio of products focused on an active lifestyle.

PepWear and Music for All have agreed to a new 10-year merchandise and sponsorship agreement.

Varsity Spirit, the leader in cheerleading and dance, said its fundraising for St. Jude Children’s Research Hospital now totals more than $6.5 million since 2011.

Onix Pickleball, the leader in the sport of pickleball, announced the signing of 2018 Pickleball National Champions, Lucy Kovalova and Matt Wright as members of Team Onix.

Parker Bows, the maker of crossbows based in Staunton, VA, is closing down after 34 years in business.

Scientific Anglers, maker of fly lines, leader and tippet, has announced the hire of Joe Wolthuis as marketing manager.

Mizuno USA has launched an updated mobile app with a new design and new features, including geofencing technology to optimize their push notification campaigns.

REI Co-op is opening its first location in New Hampshire. In addition to being the first store in-state, the nearly 25,000 square-foot space at Settlers Crossing will also be the co-op’s first-ever outdoor experience center.

An NBA Experience will open in Disney Springs in spring 2019.

According to DestiMetrics monthly Market Briefing released Wednesday by Inntopia, as of November 30, aggregated bookings made during the month of November for arrivals from November through April are up 12.8 percent compared to the same time last year.

Title Nine, the pioneer retailer of women’s activewear, announced a partnership with OutsidePR to serve as its public relations agency of record.

The Union Cycliste Internationale (UCI) and Oakley announced a two-year partnership starting in 2019.

The 115th Congress moved closer to adjourning after failing to advance a wide-ranging and noncontroversial public lands package that had been under careful development by lawmakers for years, according to a statement from the Theodore Roosevelt Conservation.

The University of North Carolina (UNC) announced a 10-year extension of its contract with Nike.

Newell Brands has selected WPP as its communications partner for its portfolio of brands globally following a review of some of its agency relationships.

The consortium led by China’s Anta Sports seeking to acquire Amer Sports on December 20 commenced the voluntary recommended public cash tender offer for all the issued and outstanding shares in Amer Sports Corp.

The Batra Group and Cherokee Global Brands announced a new license agreement for the Tony Hawk brand for apparel and accessories in Europe, Middle East and Africa.

Moody’s Investors Service said that Caleres Inc.’s recent announcement that it had completed the repurchase of the remaining shares under its 2011 share repurchase program and put in place a new share repurchase authorization is modestly credit negative but does not impact the ratings.

Great Trango Holdings Inc. has announced the addition of three new team members to continue the growth of the Trango family of brands. Keith Patterson joins the Trango team as sales director, Toni Leskala as product manager and Everett Russell as marketing manager.

The Football Association has signed an innovative new deal with Fanatics, the global leader in licensed sports merchandise.

The National Fastpitch Coaches Association (NFCA) has announced that Easton Diamond Sports LLC will continue its relationship with the association.

PHIT America and Kids in the Game have a new program for schools called AMPED, which encourages children to get active every day before school.

Hockey Canada and Fanatics on Wednesday announced a long-term, multichannel agreement which aims to bring fans throughout Canada and beyond a significantly expanded retail experience.

Vista Outdoor Inc. announced that it has named Michael Robinson to its board of directors.

The Outdoor Recreation Roundtable (ORR) Board of Directors on Wednesday announced the appointment of Jessica Wahl as executive director following an extensive national search.

Canada Soccer announced that Nike will replace Umbro as the official footwear, apparel and equipment supplier for Canada Soccer and its Men’s and Women’s National Teams at every level starting in January 2019.

Next Level is expanding into Germany and Europe through an exclusive partnership with L-Shop-Team, a European textile wholesale distributor.

YFM Equity Partners has sold its stake in Gill Marine Holdings Limited for an undisclosed sum.

Fitbit is adding a wide range of third-party apps, including the popular Couch to 5K and Achu Health apps, as part of a 3.0 software update for its Versa, Ionic and Iconic-Adidas edition smartwatches.

In the midst of the Camp Fire tragedy in California that affected employees of Klean Kanteen and many others, the outdoor industry rallied to support those in need. A GoFundMe campaign has raised more than $160,000 to date.

Shamrock Farms, the maker of the line of Rockin’ Protein beverages, announced that professional basketball player DeAndre Ayton joined the company as an ambassador.

Johnson Outdoors has expanded its sponsorship of B.A.S.S. events, including the Bassmaster Classic and Bassmaster Elite Series.

Diamond Brand Gear, the maker of domestic outdoor gear since 1881, was recently named the 2018 WNC Best Brand for a Business Started Before 2010 by the Small Business Center at Blue Ridge Community College in Henderson County.

Snapper Rock, the lifestyle swimwear brand, announced that DeAnna Lamphere has joined the company as president.

A Gander Outdoors location has closed in Paducah in Kentucky.

In an update on its recently sharpened “Lead Global, Win Local” strategy, Accell Group said it determined that the U.S. business is a non-core asset and management will explore a sale of the unit. Accell’s cycling brands sold in the U.S. include Raleigh, Diamondback and Redline.

Sweden has been granted the opportunity to host Special Olympics’ flagship sporting event, the World Winter Games in 2021.

Shoe Carnival Inc. announced that its board of directors authorized a new share repurchase program for up to $50 million of its outstanding common stock, effective January 1, 2019.

Asics has launched an expanded activation in their partnership with the charity Right To Play to help change the lives of refugee children in Lebanon.

Norwest Venture Partners announced Monday that it has made a growth equity investment in Jolyn Clothing Co., a women’s performance swimwear and active wear brand based in Huntington Beach, CA.

RYU Apparel Inc., creators of urban athletic apparel, has officially opened the doors of its second store in Toronto, in the indoor mall of Sherway Gardens, as it continues its expansion on the East Coast.

Nis Gjendal has been appointed vice president global purchasing and member of group management in Thule Group, based out of the Group Headquarters in Malmö, Sweden.

Lululemon was the second highest-ranked retailer in Glassdoor’s “2019 Best Places to Work” survey for U.S. companies.

Souler, an influencer commerce platform and community, announced that selected influencers will receive stock options in Souler as part of its Chosen Influencer Program.

Clean Designs LLC, the parent company of Clean Bottle, has been acquired by Split Peak LLC, a private investment firm based in Boca Raton, FL.