The factories that forced Airwalk into bankruptcy last month in a last gasp attempt to stymie an acquisition plan by the companys parent company have come up short. A federal bankruptcy judge in Denver ruled last week to lift the stay that prevented Sunrise Capital Partners from acquiring Airwalk out of a prior foreclosure action.

In a story first reported in SEW 0345, The Supreme Court of the State of New York on November 3, 2003 issued a foreclosure order on behalf of Airwalks senior secured lender, Congress Financial Corporation, and appointed a temporary receiver with the authority to “sell certain assets” of Airwalk International, LLC at public auction.

In an effort to secure the assets of their troubled investment, Airwalk parent and junior secured lender, Sunrise Capital Partners, created a new subsidiary company called Collective Licensing International, LLC that would acquire Airwalk out of foreclosure for $26 million, funded by the existing Congress and Sunrise debt. The state court had set November 14 as the date for any other competing bids. The Sunrise bid was the lone bid received.

However, on the eve of that scheduled deadline, several Asian factories filed suit in U.S. Bankruptcy Court in Denver which forced Airwalk International, LLC into involuntary Chapter 11 bankruptcy (SEW 0346). The claimants were granted a stay in the foreclosure proceedings so they could press their case that Sunrise should not be considered a secured lender and that the value of Airwalks assets had been under-valued.

Essentially, the factories were looking for a piece of the pie and saw the foreclosure plan by Congress and Sunrise as an attempt to cut them out of the nearly $11 million owed to them for product they manufactured and delivered to Airwalk. Congress claimed $14 million in secured debt and Sunrise pointed to an additional $91 million owed to them. The factories attempted to have the Sunrise debt subordinated to their own or have it recharacterized as an “equity investment” in the company.

After weeks of legal maneuvering and testimony by a number of Airwalk executives  both current and previous  the Court on Thursday issued an order lifting the stay enabling the sale to the new subsidiary to go forward.

The order was surprisingly animated in its discussion of the facts, at one point referring to Airwalk as “a dead man walking” in its description of the ability of the company to continue to operate, and ultimately pointed to the factories responsibility in their own problems, stating that, “The harm to the objecting creditors was, in some respects, self-inflicted.” The Court went on to say that the “creditors gambled on Airwalks continued viability”, and “it turned out badly” in this instance, but also said that it could also been to the “creditors advantage” if it had “turned out differently”.

In valuing the assets of the company, the Court pointed to evidence that showed that Airwalk had been on the block since March 2003, with over 90 parties contacted to “market the assets”. Evidently, there were 17 parties that returned a confidentiality agreement and nine of those parties requested further due diligence information.

Only one “expression of interest” was made as of May 2003, with that offer in the $12 million to $18 million range at a time when Congress was owed “more than $18 million”. Congress apparently would not approve a sale of its collateral for less than its debt. SEW has learned that K2, Inc. was reportedly the lone offer, but Airwalk management would not confirm the suitor due to confidentiality agreements.

During arguments before the court, attorneys for Congress placed a value on the assets of the company — based on revenue streams from “current and likely licenses in the future” — in the $7 million to $13 million range.

The Court ruled that the best evidence of the value of the company is the $26 million bid by Sunrise and that due to the $105 million in secured claims, “Airwalk has no equity in the Collateral”.

The creditors also alleged that Sunrise and Airwalk management had purposely set out to deceive the factories into delivering additional product and had no plans to pay for it, and instead placed orders with other factories for future goods.

To that end, the court ruled that, “There is no evidence before this Court to compel the conclusion that these creditors were victims of trickery, deceit or inequitable conduct”, concluding that the factories “gambled with adequate information normally available to creditors.”
The Court did say that if the factories had causes of action, “cognizable under non-bankruptcy law, against Sunrise, lifting the stay as to Congress does not deprive them of the opportunity to pursue those remedies.”

“Its been very frustrating to have these allegations made public while we were not able to respond during the proceedings”, said Airwalk CEO Bruce Pettet. “We had to wait until the Court ruling to respond.” It appears that the order issued by the court said it all.

Pettet and other Airwalk senior managers are expected to resign from the company immediately and assume similar positions with the new Collective Licensing subsidiary where they will manage licensing efforts, brand marketing and some product design and development.

An existing deal with Payless ShoeSource will need to be transferred to the new company and a pending licensing deal with BBC can now be consummated. Other licensing deals — both domestic and international — are also expected to proceed.

>>> The order doesnt kill the Chapter 11 bankruptcy, but Airwalk International, LLC will probably cease to exist — or have no assets –by the time they have to respond to the petition on December 23…

Under Armour CEO to Sell More than a Million Shares 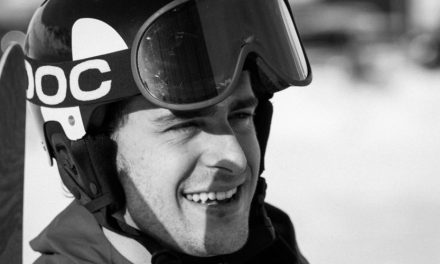