Ahead names Eddie Fadel as New Director of Merchandising

Ahead, a designer and marketer of branded golf headwear and apparel, today announced that it has named industry veteran Eddie Fadel, Director of Merchandising. Fadel will join the Ahead team at The 2005 PGA Merchandise Show in Orlando, FL, where the Company will unveil its first full line of Ahead Authentics golf shirts.

In his new role, Fadel will work in conjunction with the executive design team at Ahead, as the Company continues to develop extensions of the Ahead Authentics apparel brand, and the Kate Lord Collection.

“Eddie is without a doubt one of the most respected individuals on the soft goods side of the industry, and we are excited to have him join the Ahead team,” said Ken Shwartz, CEO, Ahead. “As we continue to expand our apparel offerings, Eddie will work closely with our design team and play an integral role in overall direction of our new lines.”

Fadel joins Ahead after serving as the Senior Vice President, Merchandising & Design for Ashworth Inc., from 2001 through 2004. While at Ashworth, Inc. Fadel was charged with launching the Callaway Golf apparel line, and supervising both the Ashworth and Callaway Golf Divisions. His responsibilities included managing the Design VPs for both Ashworth and Callaway Golf while overseeing the entire process of bringing an apparel line to market from developing merchandising plans to product finalization.

Prior to his stint at Ashworth Inc., Fadel held positions at Hart Max Corporation (2000-2001), serving as the Executive Director of Palm Beach Sportswear; Elansdale/Elkhan (1995-2000)
Founder & President of the Elandale Golfwear womens company, and the Elkhan mens line; and Cutter & Buck Big & Tall (1992-1995), where he served as President.

“Ahead has made tremendous strides over the last several years since their expansion beyond headwear, and I look forward to bringing fresh energy to the design group as the Company develops new apparel offerings for the Ahead Authentics brand and Kate Lord Collection,” said Fadel. 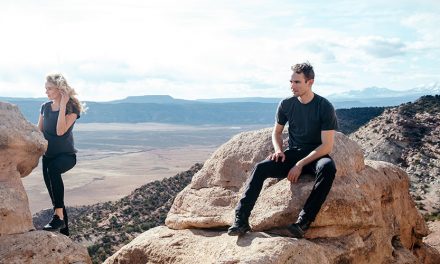 Adidas Signs Deal with the Univ. of Cincinnati

Soccer Stars to Be Honored for Concussion Prevention Work